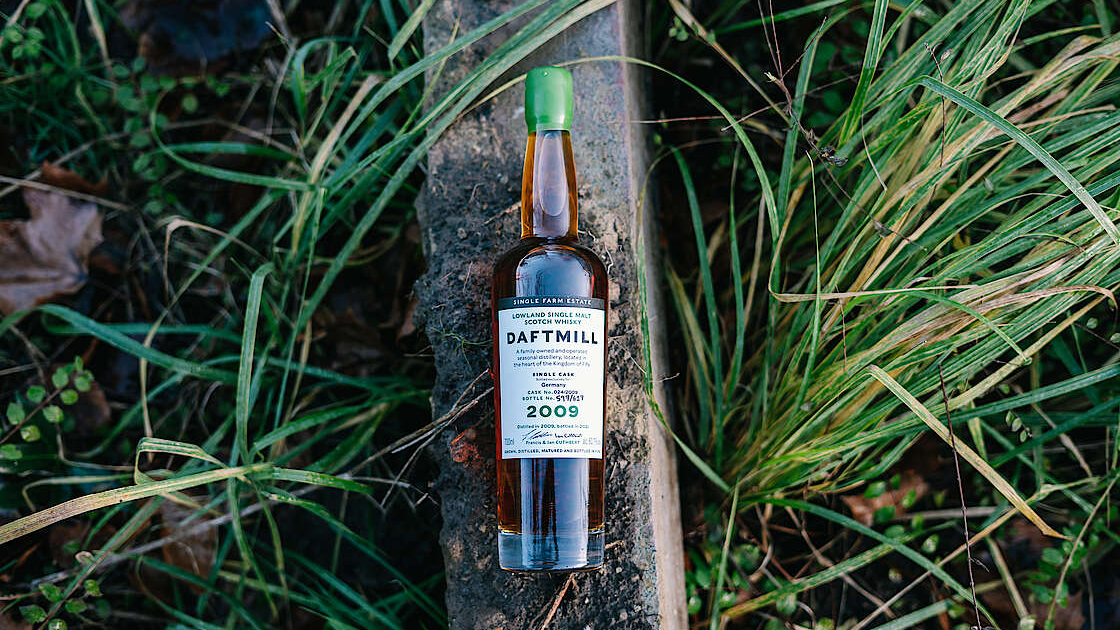 Daftmill has unveiled Sherry Single Cask 12 Years. The single cask Scotch is being released exclusively for the German market.

The Daftmill Sherry Single Cask 12 Years was matured the entire time in a first fill Oloroso sherry butt. Distilled on July 7th, 2009, the single malt whisky was bottled without chill filtration and in natural color.

Daftmill began aging whisky in 2005 and waited till 2017 to release its first bottling. The distillery uses barley grown on its farm and water from its own artesian well. The distillery operates on a seasonal basis around the farming calendar. During the winter months when things are not so busy on the farm, they make whisky but by spring time they need to get the barley sown, potatoes planted and cattle out to grass so the distillery falls silent. In mid-summer there is a lull farm work again and they distill in June and July before shutting down again for harvest time.

Bottled at a cask strength of 60.7% ABV, just 627 bottles of Daftmill Sherry Single Cask 12 Years have been created.

For more information, head over to the Daftmill’s official website.

Last April, Daftmill unveiled its Summer Release 2009 whisky. The new offering from the Fife-based distillery follows the release of the 2009 Single Cask.