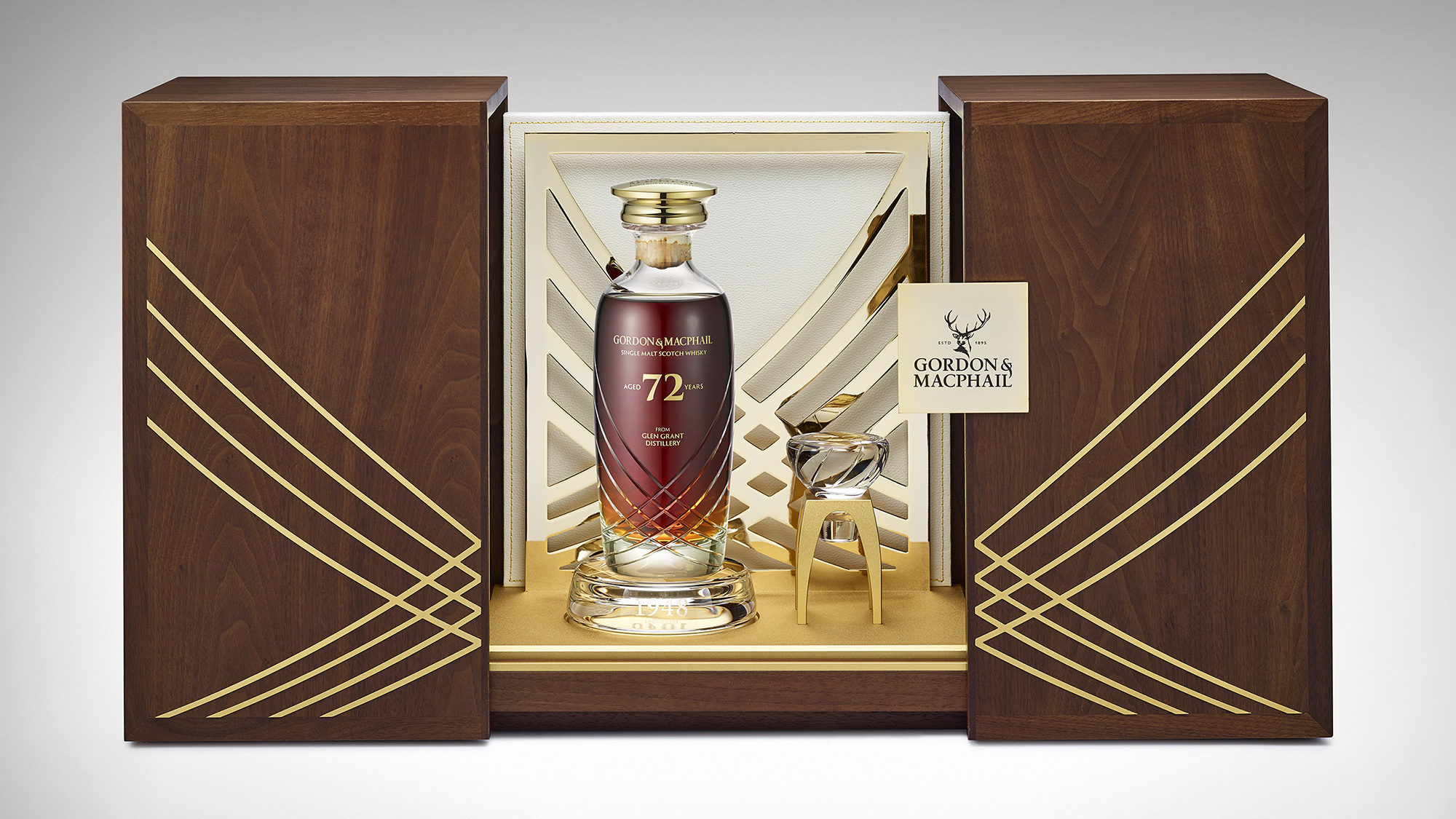 Gordon & MacPhail are set to release the final 50 bottles of Glen Grant 72 Year Old whisky after Chinese New Year. The independent bottler is pricing the Scotch at £50,000 per bottle. Its production was limited to just 290 bottles.

Jim Murray’s Whisky Bible 2022 awarded it a score of 97.5/100. It is the highest-ever rating given by Jim Murray’s Whisky Bible. “This whisky has had 72 years for something to go wrong with it. Instead, we have the near-miraculous situation of a whisky sitting for 72 years in oak and everything going right with it. The chances for a whisky to reach this type of antiquity and hit this level of excellence is mind-blowing: it has to be one-in-a-million or more,” said Murray.

“As expected, January’s pre-order sales of 100 bottles have been unparalleled,” said Nicholas Breton, founder of Premier Whisky, production specialist of this acclaimed whisky. “With pre-sales due to close in the coming days, collectors are scrambling to secure a pre-order allocation before prices rise upon the release of the final bottles in February.”

Bottled at 56.2% ABV, the Gordon & MacPhail 72 Year Old was distilled by Glen Grant in 1948. The Speyside Whisky matured in an American oak ex-Sherry cask and has been packaged in a Dartington Crystal decanter that features a design to represent the age of the cask and is inspired by a tree’s annual growth rings. Each was made using traditional glass-blowing techniques by one of the few crystal brands still operational in the UK. Just 290 of the decanters have been made and come housed in an American black walnut presentation box.

Market expectations are that prices may reach more than £100,000 per bottle once the final allocation has finished and the whisky hits the secondary market.

“We knew from day one that we had picked a great whisky. Leading the team of experts choosing the cask, Charles MacLean could not have been more fulsome in its praise, so we are especially grateful to our friends at Gordon & MacPhail, the expert creators and custodians of this special cask all these years. It only remained for us to give it the Premier Whisky star treatment commensurate with its quality and prestige—and of course, its inherent value,” says Bob McNab, managing director of Premier Whisky.

For more information, head over to Gordon & MacPhail’s official website.