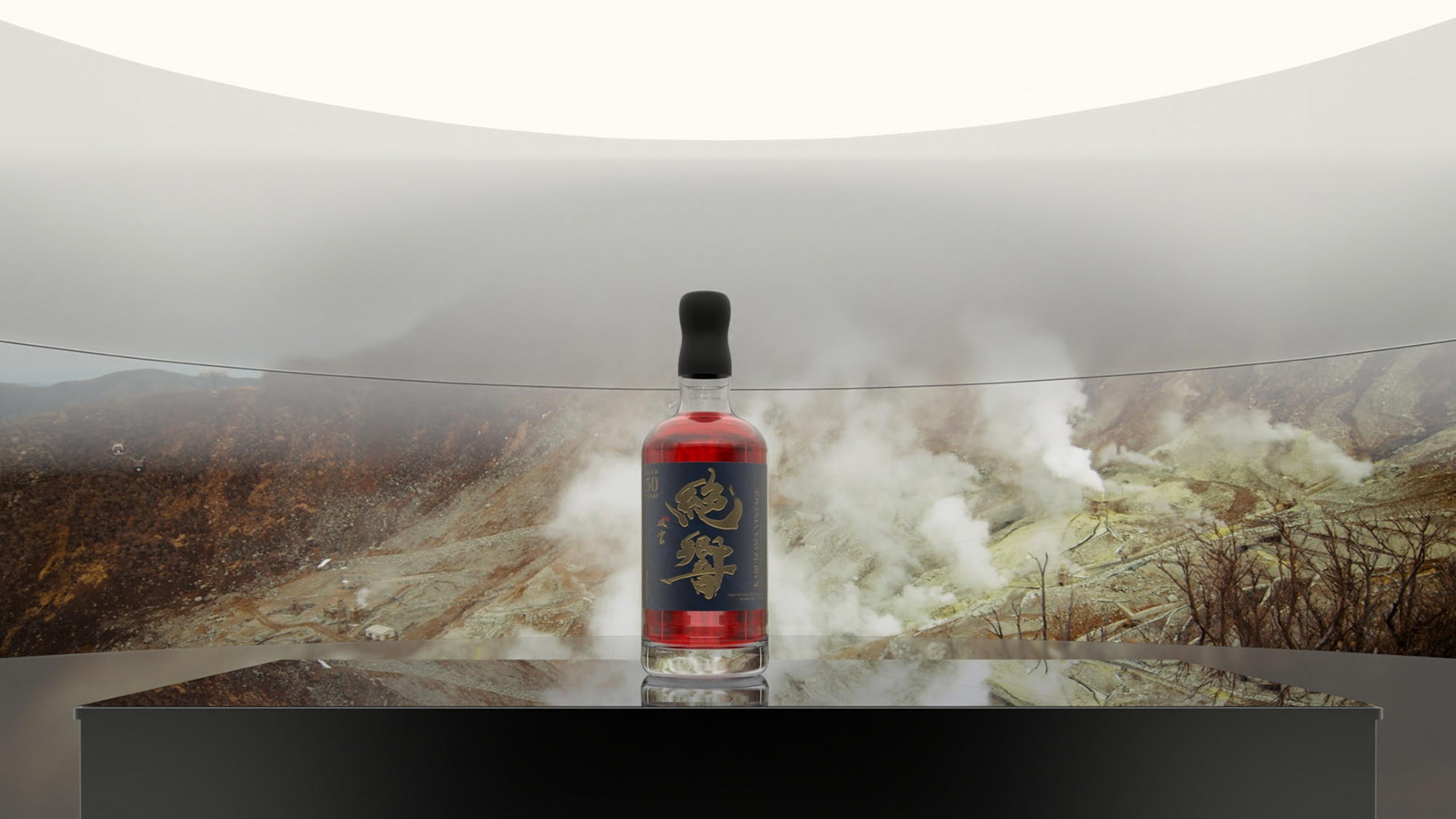 Block Bar has launched a 50 Year Old Karuizawa Japanese whisky as an NFT.  The first ever Karuizawa whisky NFT, dubbed “The Last Masterpiece 1970,” signifies “The End” to Karuizawa‘s story.

Distilled in 1970 and bottled in 2020 from a single sherry cask #6017. The total bottling output is 211 bottles, and BlockBar is offering up one last Special Edition. This historic whisky is the last 50-Year-Old cask from the Japanese distillers after Eric Huang and some of the industries most revered figures stepped in to save every last drop.

Karuizawa The Last Masterpiece 1970 features bespoke label artwork designed by Souun Takeda, a Japanese calligrapher. Written in traditional Kanji style, this stunning lettering on the bottle combines modern innovation with traditional methods to express the beauty of Japanese language and spirit, a perfect ode to this remarkable whisky and its incredible story.

Located in the shadow of an active volcano, Mount Asama, the distillery was mothballed in 2001, with their stocks slowly trickling out to market. Traditional, small-scale, high-quality production are the objectives of Karuizawa distillery. To meet that goal, Karuizawa used 100% Golden Promise barley, wooden washbacks, small stills, and sherry casks sourced from Spain.

On the nose, the whisky offers rich raisins and dried apricots, delicate honey, and floral notes. The palate delivers sweet toffee and dark fruit alongside creamy dark chocolate and a hint of spices. The finish is described as long and delightful.

“Every bottle of Karuizawa whisky is really precious because the Karuizawa Distillery is closed. Once a bottle has been purchased, the brand gets a step closer to its final conclusion and therefore we must be very careful about who we partner with,” said Eric Huang, CEO of Hua Yang International Exhibition in Taiwan. “The Karuizawa brand is incredibly unique and we see huge potential for dropping an NFT which includes guaranteeing authenticity for the bottle owner. The major consideration for our partnership with Block Bar is its expertise in luxury spirits and its strict control of ensuring bottle authenticity and quality by partnering directly with a brand owner.”

The Last Masterpiece 1970 is currently on auction on Block Bar.

Komoro Distillery announced in January 2021 is looking to honor the tiny, former distillery’s legacy with the creation of the highest distillery in Japan. Master blender and distiller Ian Chang, previously of Taiwan’s Kavalan, has also revealed he is joining the team.