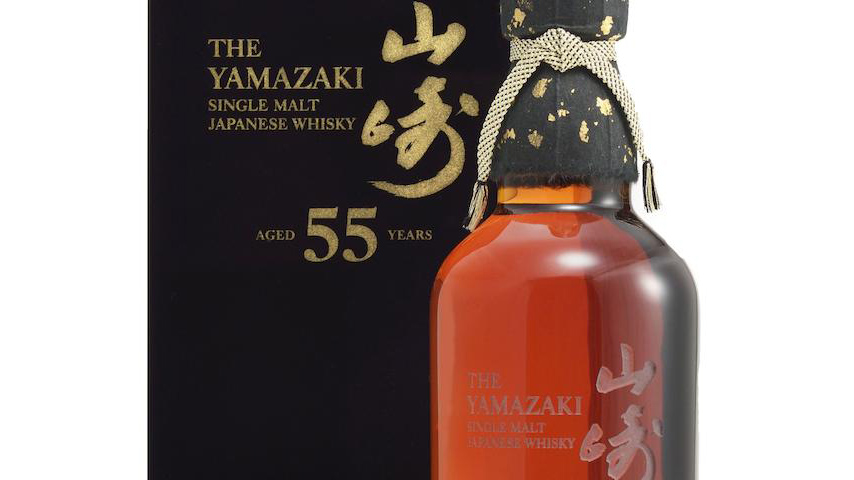 On Friday, a bottle of Yamazaki 55 Year Old set the new world auction record for a bottle of Japanese Whisky. Already the oldest Japanese Whisky in history, the bottling commanded a price of $795,000 USD at Bonhams Fine & Rare Wine and Whisky Sale in Hong Kong, breaking a record that was previously owned by its younger sibling, the Yamazaki 50 Year Old (Though a a 52-year-old Karuizawa briefly held the record after selling for $447,000 in April 2020).

The $795,000 bottle greatly exceeded pre-sale estimates, which presumed the bottle would go for between $74,833 – $100,638. The Yamazaki 55 Year Old was just release in June of this year by Suntroy and this was its first appearance at auction. The stunning price will likely increase the worth of old Japanese Whisky across the market.

Daniel Lam, Director of Wine and Whisky, Asia, commented: “The stunning price sets a new milestone for the market of Japanese whisky, testament to collectors’ desire and determination to acquire the very best the market has to offer. We are pleased to see a keen demand for Scotch whisky in today’s sale as well.”

Matured in both Japanese Mizunara oak cask from 1960 and white oak cask from 1964, the year of the previous Tokyo Olympics and Paralympics, the Whisky is distilled at 46% ABV. It has a deep reddish amber color with a complex agarwood and sandalwood nose, rich in fruity scents with a sweet aftertaste. The gold-dusted bottle is housed in a black Mizunara oak box with Suruga lacquer. The bottle mouth is wrapped in handmade Echizen Washi and tied with a traditional Kyoto braided cord.

Currently, no other bottles of Yamazaki 55 Year Old are up for auction, but we imagine that the next may very well set another new world record for Japanese Whisky