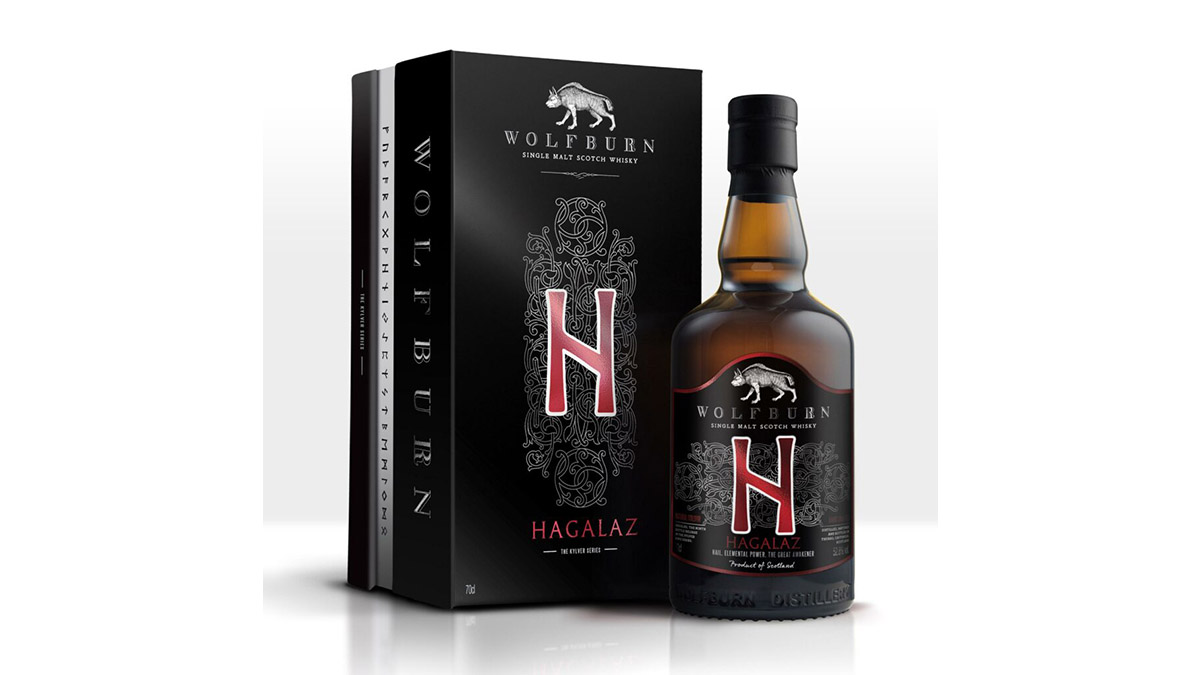 Wolfburn has unveiled Kylver #9, Hagalaz, the latest release in its flagship series.

Wolfburn Kylver #9 has been aged for seven years in a first-fill dark rum barrel before being married with two first-fill bourbon barrels of the same age. Laid down in 2015 in warehouse No.2, it is the first time the distillery has used rum casks.

Wolfburn’s Kylver series takes its name from the Kylver Stone. Unearthed in Sweden in 1903, it depicts the entire Viking runic alphabet: each whisky in the series is named after a different letter. The ninth letter, Hagalaz, translates as hail from the sky.

“Hail is the whitest of grain, whirled from the vault of heaven, tossed about by gusts of wind to then melt away into water,” says the Old English rune poem.

Each edition in the Kylver series is unique, but with the common theme of having been matured in exceptional casks. The individually numbered 800 bottles of Kylver No.9 are the product of a single first fill Caribbean dark rum barrel and two American oak first-fill bourbon barrels.

On the nose, the Scotch is bright and bold with aromas of coffee, chocolate and deep muscovado sugar overlaid with ripe dark fruit. The palate features mocha chocolate and sumptuous sponge pudding with richer flavors evolving over time, including spiced fruitcake, plums and black cherry, all presented with a beautiful creaminess. The finish is long, slow and smooth with notes of vanilla, cinnamon, and soft oak smoke right to the end.