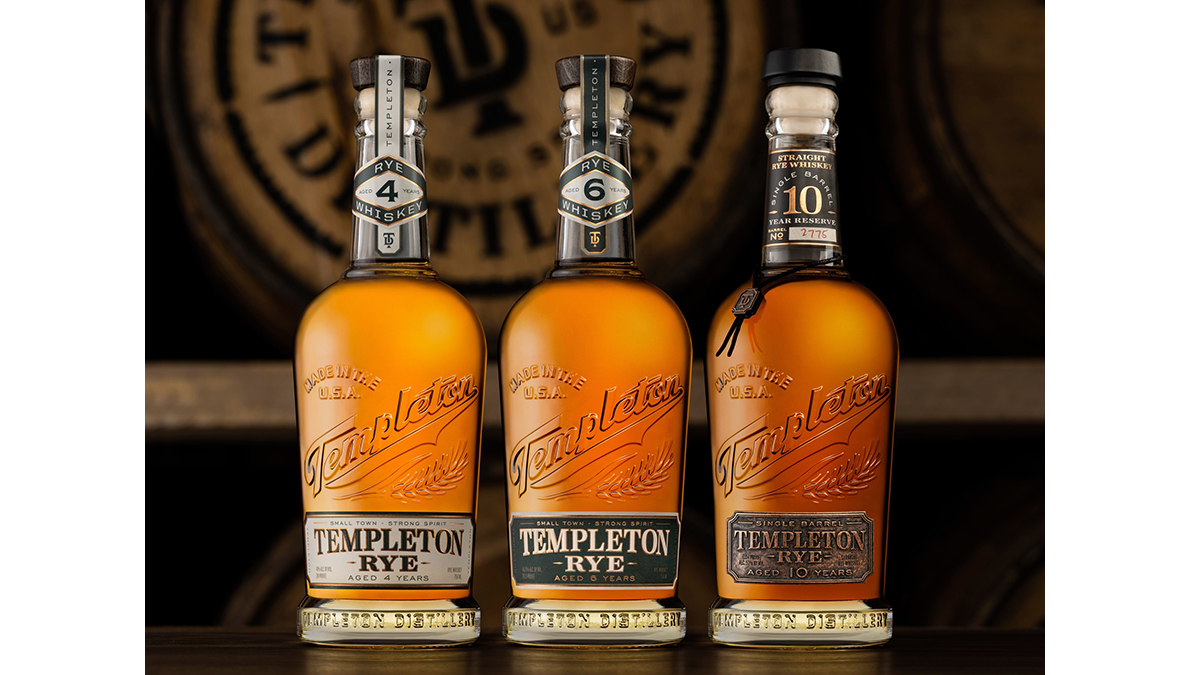 Templeton Distillery has announced the launch of the Templeton Distillery Entrepreneur’s Grant program, which will award three small businesses $10,000 each. The grants are designed to help ignite the spark of these budding companies, just like early producers in the small town of Templeton, Iowa were inspired by the idea to craft what was commonly known as “Templeton Rye” over 100 years ago. The launch of the grant program is timed alongside the debut of the new Templeton 10 Year Reserve Rye Whiskey, complete with a refreshed look, marking a new chapter for the brand.

Winners of the Templeton Distillery Entrepreneur’s Grant program will be selected by a panel of Iowa greats, including Brandon Routh (Superman Returns, Legends Of Tomorrow) and Hill Harper (The Good Doctor). Both originally from Iowa, they know a thing or two about the power of the state’s strong spirit. Rounding out the remainder of the panel are Keith Kerkhoff, Templeton Distillery’s co-founder, as well as the founders of local Iowa-based businesses, Christina Moffatt (Crème Cupcake + Dessert) and Pernell Cezar and Rod Johnson (BLK & Bold Specialty Beverage). The period to apply will run from May 10 through July 11, 2021, with winners announced in August.

Templeton Rye 10 Year Reserve is the latest addition to the brand’s core lineup. Each release is bottled from a hand-selected single barrel and aged a full decade in charred new American oak barrels, resulting in flavor notes of smooth, dark oak with honeyed floral notes and the distillery’s signature rye spice. The new 10 Year Reserve, along with the 4 and 6 Year, will be featured in refreshed packaging and will highlight a refocus on a company that’s centered around where it comes from, as well as where it’s headed next.

“Ignited by the spark of a simple idea, early producers in the small town of Templeton, Iowa began crafting what was commonly known as ‘Templeton Rye’ at the turn of the 20th century,” said Templeton Distillery Co-founder Keith Kerkhoff. “Now looking to the future as Templeton Distillery, we could not think of a better way to honor this heritage than by supporting small businesses with a little help from some Iowa greats. Also, we are thrilled to introduce an even more premium offering for the fans of Templeton to enjoy when they want to sip something a bit more special.”

All US-based businesses are invited to apply for the Templeton Distillery Entrepreneur’s Grant, excluding those that sell alcohol or are owned by anyone under the age of 21. To enter, businesses will submit 250 words about why they should be considered. Entries will be judged on originality (40%), contributions to the local community (40%), and business viability (20%).

Templeton 10 Year Old Reserve Rye is bottled at 52% ABV and it pirced $85 per 750ml bottle. For additional information on the grant program and distillery’s various offerings, head over to the official website.