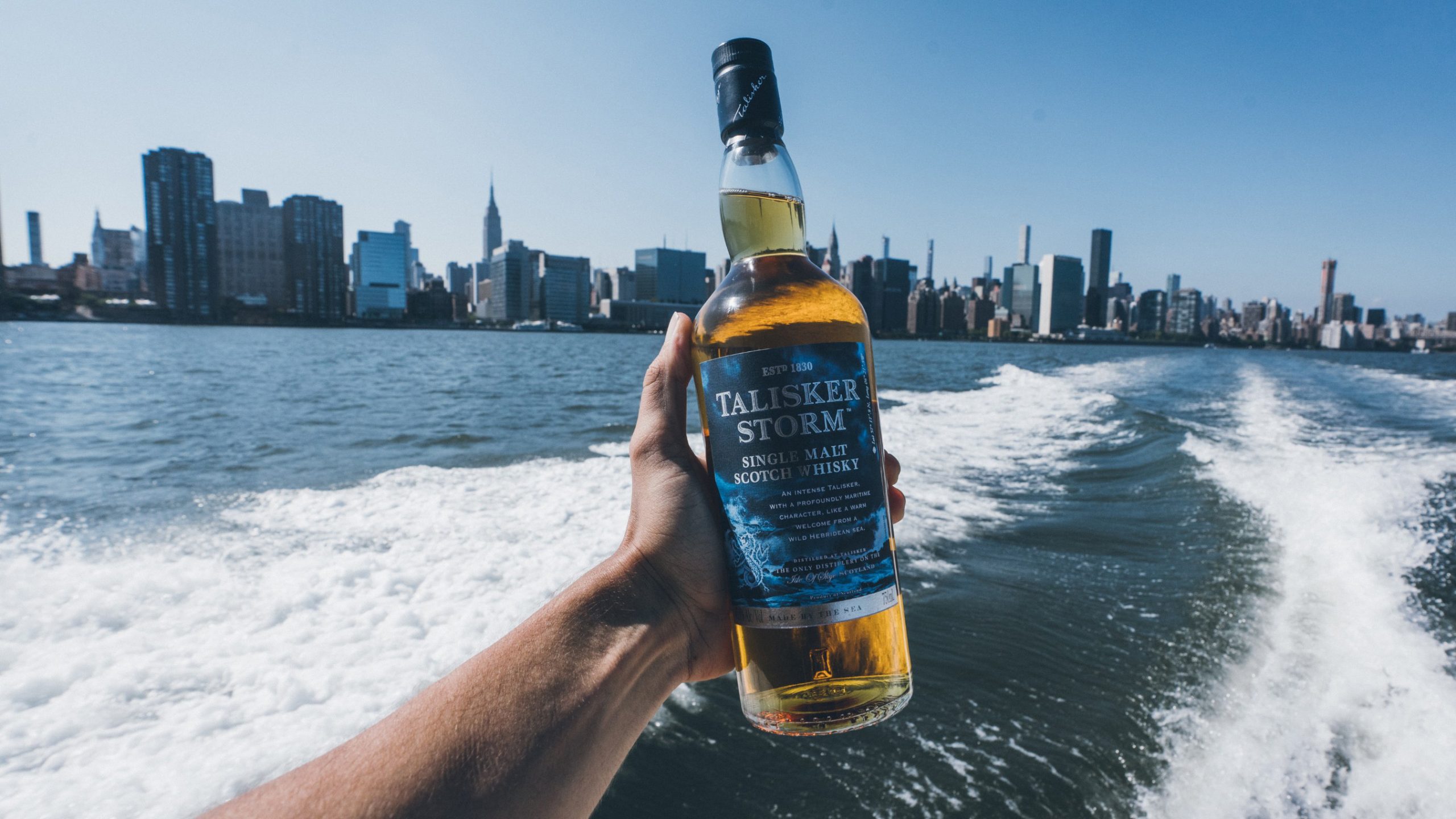 Talisker has partnered with Billion Oyster Project to support the non profit organization’s Shell Collection Program. The announcement comes ahead of National Oyster Day, August 5th, and sees the Isle of Skye distillery working with the New York City-based oyster reef restoration and public education operation in an effort to prevent oyster shells from ending up in landfills and instead using them to build oyster reef habitat.

Oyster shells provide the base material for oyster reefs, which provide a home for young oysters and hundreds of species in New York Harbor. As diners steadily begin to return to restaurants, Talisker’s sponsorship of the Shell Collection Program will allow the recycling process of shells to resume.

Talisker Single Malt Scotch Whisky is known for briny notes, which comes from the sea and wind that batters it’s distillery on the Isle of Skye. Talisker and oyster pairings are a highly enjoyed by locals. As an homage to the Whisky’s home by the sea and deep-rooted love for oysters, Talisker wanted to play an active role in helping Billion Oyster Project restore one billion oysters to New York City waters.

“For Talisker, the sea is at the heart of what we do, from the flavors of our whisky to the place we call home,” says Jamie Young, Director of Single Malts for Diageo North America. “We are thrilled to be a small part of the great work Billion Oyster Project is doing to protect this important resource and restore the rich ecosystem of New York Harbor for the next generation.”

“We are so thankful to have Talisker’s support of the Billion Oyster Project’s Shell Collection Program,” says Madeline Wachtel, Deputy Director at Billion Oyster Project. “Not only are they helping us collect valuable would-be discarded shells to grow our reefs, but Talisker is also working with us to educate the public on why it’s so important to steward our local waterways.”

On National Oyster Day, fans of the delicious bivalve can show support at a virtual Oyster Social series event hosted by Billion Oyster Project and Talisker. The event will provide simple instructions on how to shuck, cook and serve oysters and Talisker at home while spotlighting local NYC restaurants and the importance of stewarding your local waterway. The socials are open to those 21+ across the country. To purchase tickets to the online social, head to the the non profit organization’s events page.

To date, Billion Oyster Project’s Shell Collection Program has collected over 1,600,000 pounds of used oyster shells, planted more than 45,000,000 oysters in New York City waters, hosted more than 10,000 volunteers across various community projects, and installed 14 oyster reefs across more than 7 acres. This summer, Billion Oyster Project will deploy over 500,000 pounds of oyster shells and 30 million oysters set on shells within 200 gabion reef structures at the mouth of the Bronx River in Soundview. This project alone has more than doubled their restoration impact in New York Harbor.