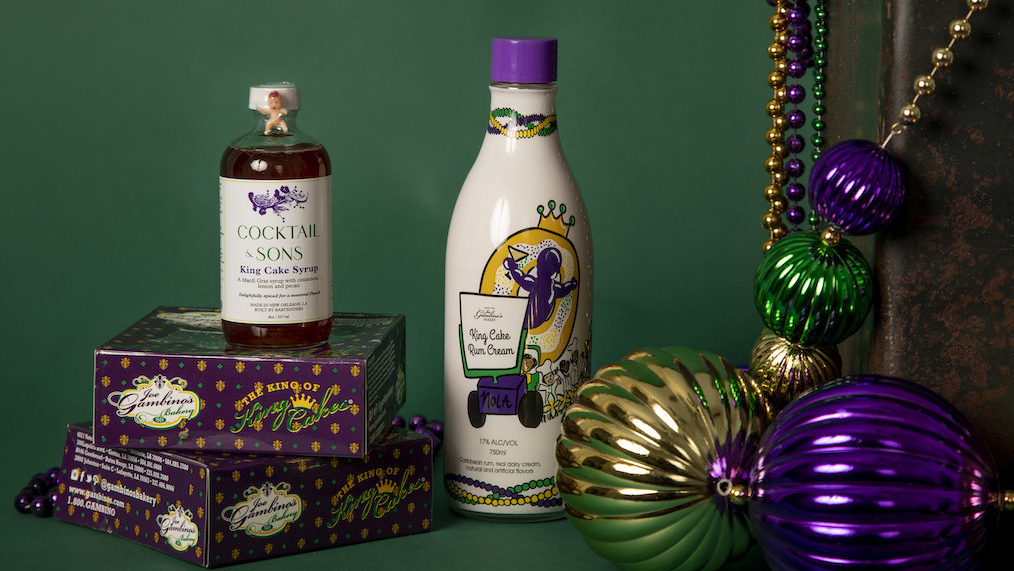 Gambino’s Bakery owner Vincent Scelfo and Cocktail & Sons worked together with the help of renowned blender Midwest Custom Bottling to create the blend of Caribbean Rum, Wisconsin cream, Louisiana sugarcane, and New Orleans’ own Cocktail & Son’s King Cake Syrup. With applications from coffee to cocktails, “it’s Mardi Gras in a bottle,” according to the brand.

“Mardi Gras is all about good times with good people,” says Scelfo. “For 70 years, Joe Gambino’s Bakery has been the King Cake Kings of this New Orleans tradition. We wanted to take Mardi Gras to a new level this year, so we partnered with the acclaimed and local Cocktail & Sons to create Gambino’s King Cake Rum Cream. If you could put Mardi Gras in a bottle, this is it.” Lauren Myerscough, co-founder and CEO of Cocktail & Sons, explained, “I’ve loved Gambino’s king cakes since I was a kid, bringing them to school for Mardi Gras. It’s a thrill to work with such an iconic New Orleans institution and recreate their king cake in a glass.”

King Cake Rum Cream will be distributed by RNDC in Texas, Louisiana, Mississippi, Alabama, and Florida. It will be made available by National Distributing in Georgia, Best Brands in Tennessee, and Major Brands in Missouri.

Sidewalk Side Spirits will be headed by Cocktail & Sons co-founder Lauren Myerscough as Sales and Marketing Vice President. Myerscough will continue the same role at Cocktail & Sons. Cocktail & Son’s partner Max Messier will be in charge of Research and Development of all spirit brands.

The Rum is set to hit shelves in January 2021, just in time for Mardi Gras. Sidewalk Side Spirits is yet to announced the price of the forthcoming spirit.