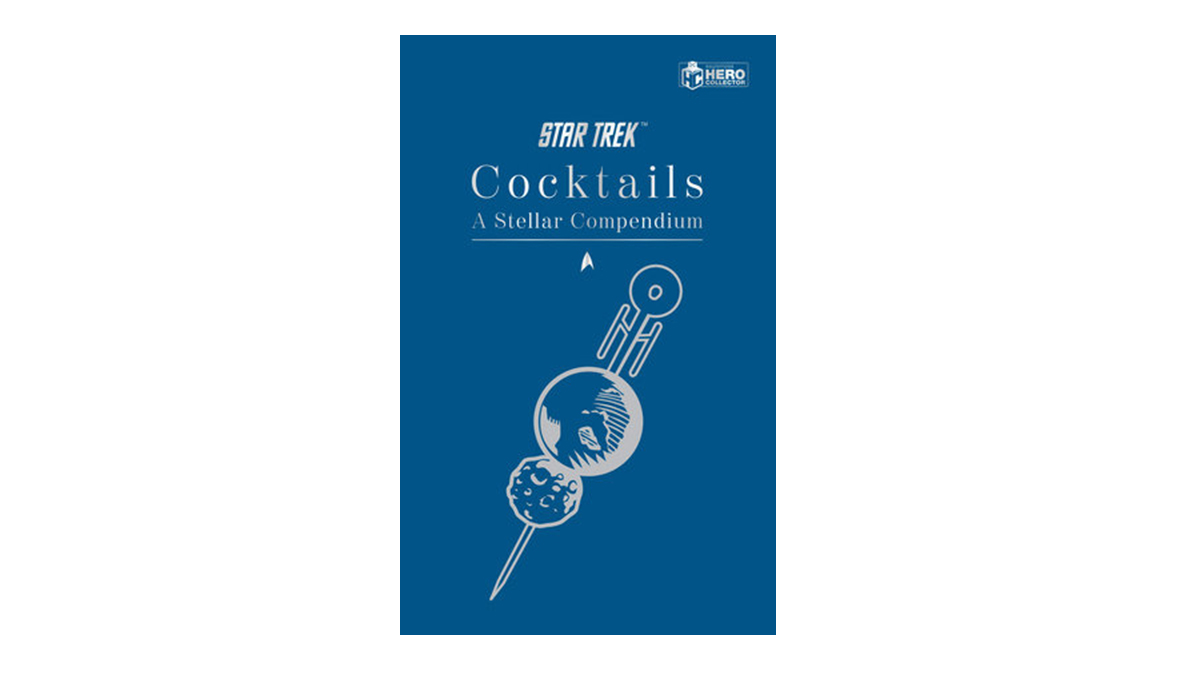 Star Trek Cocktails: A Stellar Compendium divides its cocktails into themes, beginning with First Contact (aperitifs), then Shore Leave (cocktails for chilling), and Journey to Babel (cocktails for entertaining), and finally coming to a close with Risan Sunset (digestifs).

There are a variety of twists on classic cocktails to be found throughout. From the Long and Prosper, a play on a Paloma that features raspberry syrup, to the Samarian Sunset, a riff on a Tequila Sunrise, to the Ferengi Wallbanger, which is a tribute to the Harvey Wallbanger, with the added kick of green Chartreuse.

Other classic cocktails in the book include Sisko’s Sazerac, a mix of Rye Whiskey, Cognac, Absinthe, and Peychaud’s bitters, and the Sherry on the Edge of Forever, which marries dry Sherry with maraschino and orange. According to the Amazon listing, purchasers can try the favorite cocktails of each crew member, whether that means Picard, Kirk, McCoy, Scotty, or Quark.

In the introduction, Glen Dankin charts the appearances of alcohol in all its different forms across Star Trek. In fact, during the show’s original (and rejected) pilot episode, Dr. Boyce tells Captain Pike while whipping up a martini, “Sometimes a man will tell his bartender things he’ll never tell his doctor.”

The new Star Trek cocktail book also features illustrations by Adrian Salmon, photography by David Burton and Jess Esposito, and quotations from the television series. Star Trek Cocktails: A Stellar Compendium is currently on sale for £19.99. The drink compendium is set to be released on Amazon in the United States on November 3 for $24.95.