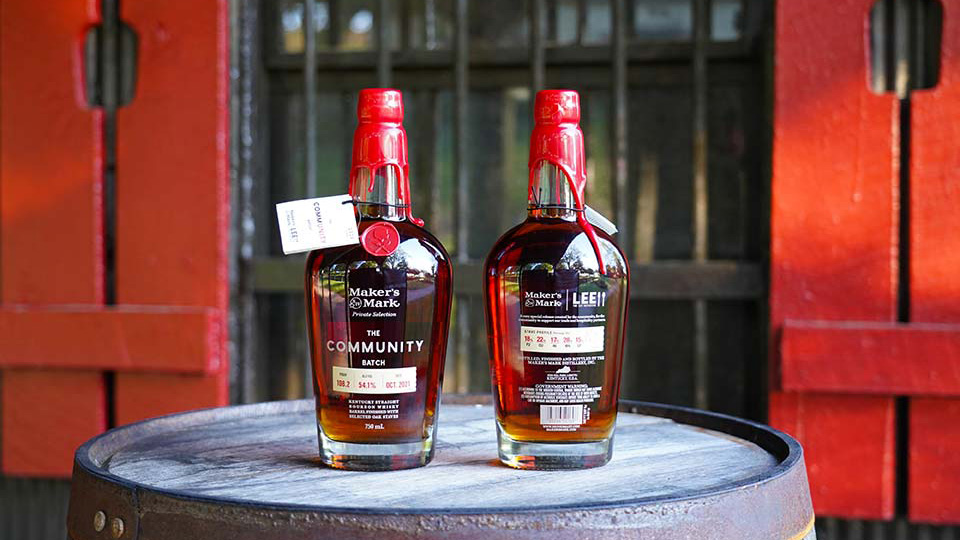 Maker’s Mark has debuted the 2021 release of its Community Batch Bourbon, with 100% of the proceeds going to the Lee Initiative charity. The Kentucky-based producer unveiled its first Community Batch whiskey in November 2020 to raise money for the Let’s Empower Employment (Lee) Initiative, providing Covid-19 relief for the hospitality industry.

“Our second bottling of CommUNITY Batch Bourbon with Maker’s Mark is monumental because, like any community, it takes time to build trust, loyalty and kinship,” said Edward Lee, James Beard Award-winning author, restaurateur, chef and founder of the LEE Initiative. “We have that with Maker’s Mark, and we are building that relationship with our many supporters who love to follow our evolving programs at The LEE Initiative while drinking amazing bourbon along the journey.”

This year’s bottling was produced “by the community, for the community,” with 41 whiskey clubs from the US and one from the UK contributing liquids from their Maker’s Mark Private Selection barrels to the blend. To create the Community Batch Bourbon, Maker’s Mark created individual barrels of Private Selection bourbon by taking fully-matured cask strength Maker’s Mark and finishing it with each partner’s unique combination of ten-barrel staves for an additional nine weeks in the Maker’s Mark Cellar. Once finished, the whisky from the barrels was blended and filled back into the barrels to rest for an additional five weeks to allow the bourbon to properly integrate.

The release will be sold at exclusive events across the US beginning on Giving Tuesday ( November 30).

For more information, head over to Maker’s Mark’s official website.