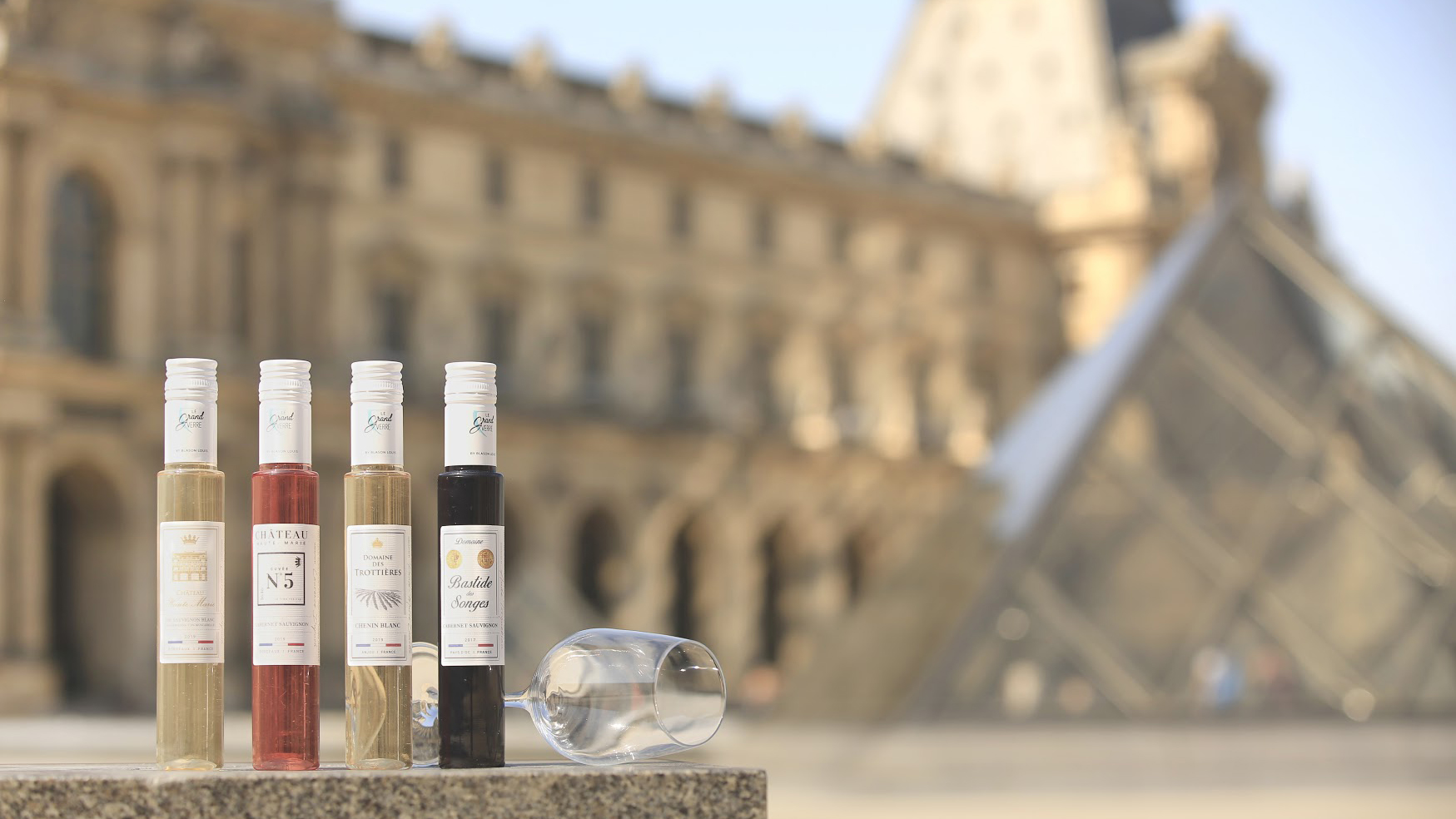 The initial concept, a brainchild of Deffrennes inspired by his days as part of the wine club at Harvard University, grew into an endeavor to feature solely boutique winemakers that use organic, ethical, or sustainable farming practices with the majority of them certified by France’s overseeing body Ecocert and Terra Vitis. Deffrennes and his partners aimed to make French wines more approachable by providing highly curated selections, thereby taking the onus off consumers to navigate the vast breadth of options available to them. The Le Grand Verre collection represents France’s most iconic styles, varieties and terroir from esteemed regions such as Bordeaux, Languedoc, and Provence.

The Le Grand Verre team tasted hundreds of wines from across France, primarily dedicating efforts toward wines crafted by almost entirely female winemakers, female-led, or female-owned estates, as well as those with distinct and long family histories of French winemaking tradition. Vetted by a panel of consumers state-side, the team oversees every step of the process from vine to bottle offering the most authentic, affordable and sustainable wines possible for oenophiles and wine newbies alike.

“We care about what goes into our wine and believe that you don’t ever have to compromise when it comes to offering the authentic experience of French wine and culture to consumers,” notes Deffrennes. “While touring vineyards we were struck by each winemaker’s powerful story; they were so devoted to their vines and removing all use of pesticides, additive and other chemicals, that we in turn became their advocates, dedicating LGV to their unique backgrounds with every sip. The importance of family, legacy, powerful female-led wineries, and a tradition of ethical farming techniques, rapidly became intrinsic to who we are and what makes us passionate about what we do. It’s single-serve packaging, but with a twist: very good wine with a very rich and versatile French history to be discovered inside.”

Funded by the Burgundy region, the award-winning LGV bottles are proprietarily designed and packaged in a modern way to be enjoyed anywhere, anytime – without breaking the bank. Purchased in sets of 4 ranging from $20-$30, the 6.3 oz. design of each bottle is larger than your typical 5 oz pour, as the name Le Grand Verre suggests. The wines are also made from recyclable materials and double-coated to preserve aromas.

“From the beginning we knew we needed to maintain the high standards set forth by the incredible winemakers who joined us in our mission. Developing an elevated and vastly unique single serve bottle to showcase their incredible wines was a challenging, exciting project,” explained Régis Fanget. “The final product is a tall sleek bottle and an elegant departure from the canned wine masses we’ve seen over the past few years. Partnering on this endeavor with one of my oldest and dearest friends Nick has been a pleasure, to say the least. We’re thrilled to share our French wines with American palates.”

Powerhouse female producers include Elisabeth Prataviera of Domaine de Ménard & Haut-Marin the creator of Le Grand Verre Domaine Prataviera, a Sauvignon Blanc from Côtes de Gascogne. Prataviera took over the vineyards from her mother who has helmed the estate since 1960, both following in her family legacy while allowing for innovation such as the of use organic fertilizer to preserve soil. Similarly, Inès Andrieu of Domaine de Caylus produces Le Grand Verre Domaine Caylus, a rosé blend of Syrah and Grenache from the Languedoc-Roussillon winemaking region. Andrieu inherited the vineyard from her grandfather and quickly became a champion for the importance of preserving the region’s biodiversity, converting the estate to organic farming in 1999. Le Grand Verre Domaine Nadal Hainaut of Domaine Nadal Hainaut is an organic Chardonnay from the hands of husband-and-wife team Martine and Jean-Marie Nadal. The château has belonged to the family since 1900 and was fully converted to organic growing in 2010 making it a home to many new insects and birds. The Nadal’s plan to leave the estate with their daughters Julie, Pauline, Marie, and Luce. Laurence Dupuch of Château Peyredon Lagravette works in tandem with her husband Stephane to produce Le Grand Verre Château Peyredon, one of the prized wines of the LGV collection. This quintessential Haut-Medoc Crus Bourgeois blend of Cabernet Sauvignon and Merlot with fruit picked from vines over 100 years old is crafted with world famous oenologist Hubert de Bouard, the winemaker and owner of Château Angelus, one of the four most prestigious Saint-Émilion estates. Another cult classic is Le Grand Verre Château Val D’Arenc, an organically certified Bandol rosé blend of Mourvèdre, Grenache, and Cinsault produced by the young and innovative male winemaker, Gérald Damidot, in Provence. Under Damidot’s leadership the estate converted to organic farming practices in 2015 significantly enhancing the quality of the wine. This is one of the very few rosés to consistently rate above 90 points by critics.

“We began working with Le Grand Verre only a year ago and already feel like part of the family,” said Inès. “We’ve worked very closely with the team; Régis Fanget was invited to visit the estate during the last harvest season. We were proud to craft our organic rosé for LGV and are currently expanding the partnership with Chardonnay, also made with organic grapes.”

Officially partnering with Baron Francois, a wine distributor based in New York City, LGV wines are already available across some of the East Coast’s largest cities, including NYC, Washington, D.C., and select airports such as Newark Liberty International and LaGuardia.

“Le Grand Verre has been one of the most successful launches of Baron Francois to date,” said Alexandre Thevenet, Director of Sales of Baron Francois. “The wines are moving much faster than anticipated for a new brand in such a unique format. With plans to expand nationwide upcoming, LGV is in a great position to become the go-to single serve wine of choice for American wine lovers across the country.”

As Deffrennes and Fanget continue to tour the vineyards, new wines will be offered and available to the US throughout the year. “What do they all have in common? Delicious French wine from the meticulous work of emerging and female vintners, crafted under organic or sustainable farming, tested and vetted with both friends and consumers across the Atlantic!” adds Deffrennes.

For more information, head over to the Le Grand Verre’s official website.