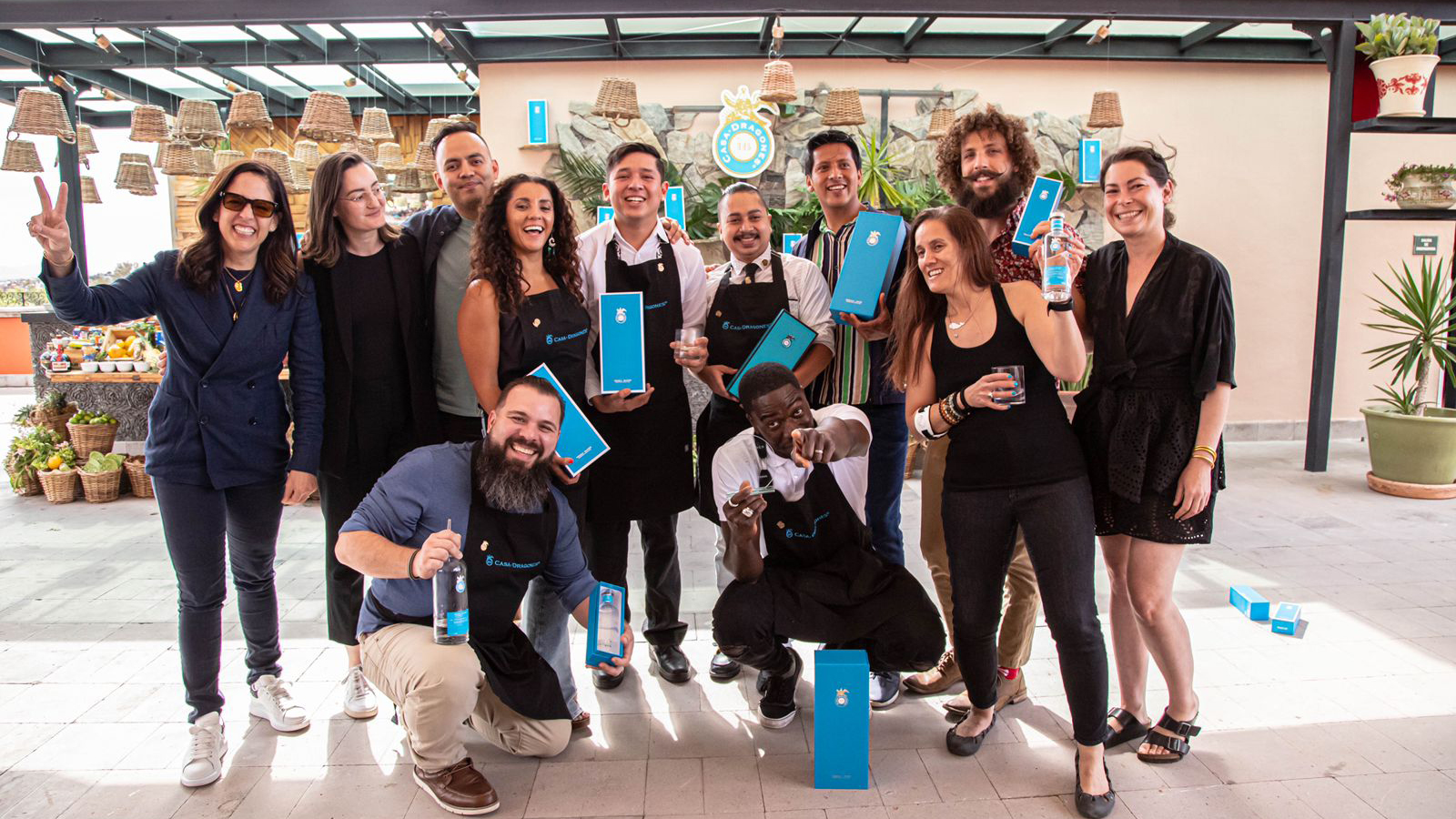 For the 2022 edition, Casa Dragones received over 400 original cocktail video submissions from mixologists throughout Mexico, the United States, and Europe, with entries inspired by the theme of “For the Love of San Miguel.” The top 18 submissions were revealed over Casa Dragones’ Instagram in early spring so their online community of tequila enthusiasts could engage with the content before eight finalists were selected ahead of Barra México Cocktail Week.

The eight finalists in San Miguel first faced an elimination round, divided into two groups, followed by a final round featuring the top three bartenders with the highest scores. In the first round, competing bartenders crafted a cocktail showcasing Casa Dragones Blanco, a 100% pure Blue Agave silver tequila, based on the theme “The Dragones Cavalry of San Miguel.” The judging panel evaluated the cocktails based on presentation, taste, originality, and adherence to the theme.

For the final round, the three finalists presented cocktails based on principles that guide Casa Dragones’ mission as a small-batch producer including “innovation,” “Mexican craftsmanship” and “modern, sustainable production.” In addition to creating drinks for the judges, the contestants were required to prepare their cocktails in batch form so that the viewing audience could vote on the fan favorite.

London-based Daniel Kaizen, the assistant bar manager of 34 Mayfair in the United Kingdom, was ultimately crowned the winner of the 2022 Casa Dragones Jamming Sessions after crafting his original “Dragon Punch” cocktail contribution – a variation of a refreshing punch with tropical flavors such as pineapple and kiwi – based on his selected theme of “Innovation” for the final round. Besides the trophy, the prize included an invitation to a Casa Dragones Bartender Residency in San Miguel de Allende, the portfolio of all three Casa Dragones ultra-premium sipping tequilas including a personalized Casa Dragones Joven to enjoy with family and friends at home, and an award of $1000.

Inspiration: Offering a punch that incorporates all the flavors of Casa Dragones while being able to cater all different ranges of people who want to enjoy tequila, from connoisseurs to beginners.

Through Jamming Sessions, Casa Dragones inspires the confluence of ideas in the bar world, continuing to unite an international community of bartenders while fostering connections over a mutual love for tequila and Mexico.

Jamming Sessions originally debuted in 2015 in San Miguel de Allende as an event that paired chefs and bartenders together in order to “jam” and create collaborative cocktails. Transformed to focus primarily on the bar community, Jamming Sessions is the flagship cocktail competition of Casa Dragones’ Bartender Exchange Program, an initiative designed to foster an international community of industry professionals, bartenders and mixologists that share a passion for Mexico and tequila. Launched in 2020, the Bartender Exchange Program celebrates the interchange of knowledge, experience and expertise between bartenders from Mexico, the United States and the rest of the world.

Stay tuned for the next Casa Dragones Jamming Sessions competition on the brand’s official website and discover this edition’s creative cocktails on Casa Dragones’ Instagram.