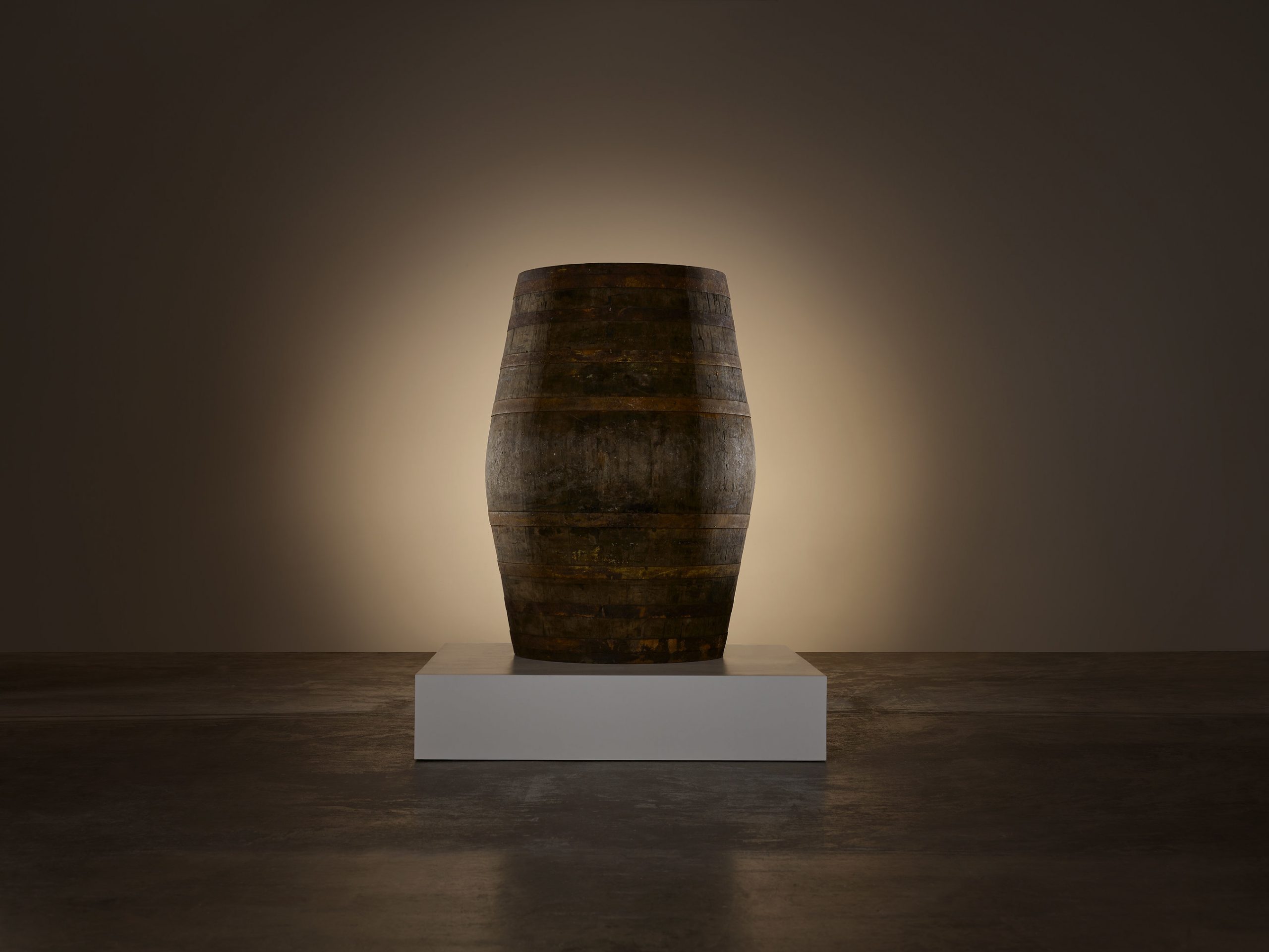 Gordon & MacPhail is set to release the world’s oldest single malt Scotch whisky this September in partnership with Sir David Adjaye OBE. The forthcoming offering is an 80-Years-Old from Glenlivet Distillery.

On February 3, 1940 in a quiet corner in the north of Scotland, George Urquhart and his father, John, had the foresight and vision to lay down spirit from Glenlivet Distillery in a bespoke Gordon & MacPhail cask to be enjoyed by future generations.

Known as “the father of single malt,” George Urquhart passionately believed that each whisky should be left to mature until the cask and spirit had combined to create the desired quality, and it was ready to be shared. The time for Cask 340 was to be 80 years – longer than any other Scotch whisky in history.

On February 5, 2020, the decision was taken to finally bottle the cask’s precious out-turn, yielding a total of 250 decanters.

“That this whisky – the oldest single malt Scotch ever bottled – remains so full of vibrant flavour with a strength of 44.9% ABV, is testimony to knowledge handed down over successive generations of my family,” explains Stephen Rankin, Director of Prestige at Gordon & MacPhail Whiskies, and member of the fourth generation of the family that owns the company.

To celebrate John and George Urquhart’s vision, Gordon & MacPhail has collaborated with internationally acclaimed architect and designer Sir David Adjaye OBE to create a unique decanter and oak case to house the world’s oldest single malt Scotch whisky to date. Adjaye was a natural choice as a creative partner; a man who shares the company’s values of artistry, legacy, and craftsmanship.

“When collaborating, I am looking for like-minded partners in terms of their craft, beliefs and traditions. I loved Gordon & MacPhail’s rigour and obsession with their products and their craft – a romantic commitment that enables one to do exceptional things. Our partnership felt so organic,” expresses Adjaye.

“Maturing a single malt Scotch over eight decades is an art,” adds Ewen Mackintosh, Managing Director at Gordon & MacPhail, “similar in many ways to architecture where you are creating something that needs to stand the test of time. Neither can be rushed. Both Sir David and Gordon & MacPhail share a commitment to invest in the future. We both see the significance of creating something exceptional; leaving a legacy for future generations.”

In the same way that a 50th anniversary is commemorated by gold, 80 years is traditionally symbolised by oak – a pleasing reflection of this whisky, cradled in oak for eight decades. Sir David Adjaye’s stunning decanter and case will be revealed in September 2021, with decanter number #1 auctioned by Sotheby’s in early October 2021. To continue the legacy theme, auction proceeds, minus costs, will be donated to award-winning Scottish charity Trees for Life whose mission is to rewild the Caledonian Forest.

“It’s fitting that this release will provide a relevant, valuable and long-lasting legacy with direct benefits for many,” comments Ewen Mackintosh.

The Generations range from Gordon & MacPhail has previously presented some of the longest matured single malt Scotch whisky ever to be bottled.

To Register interest, head over to the brand’s official website.