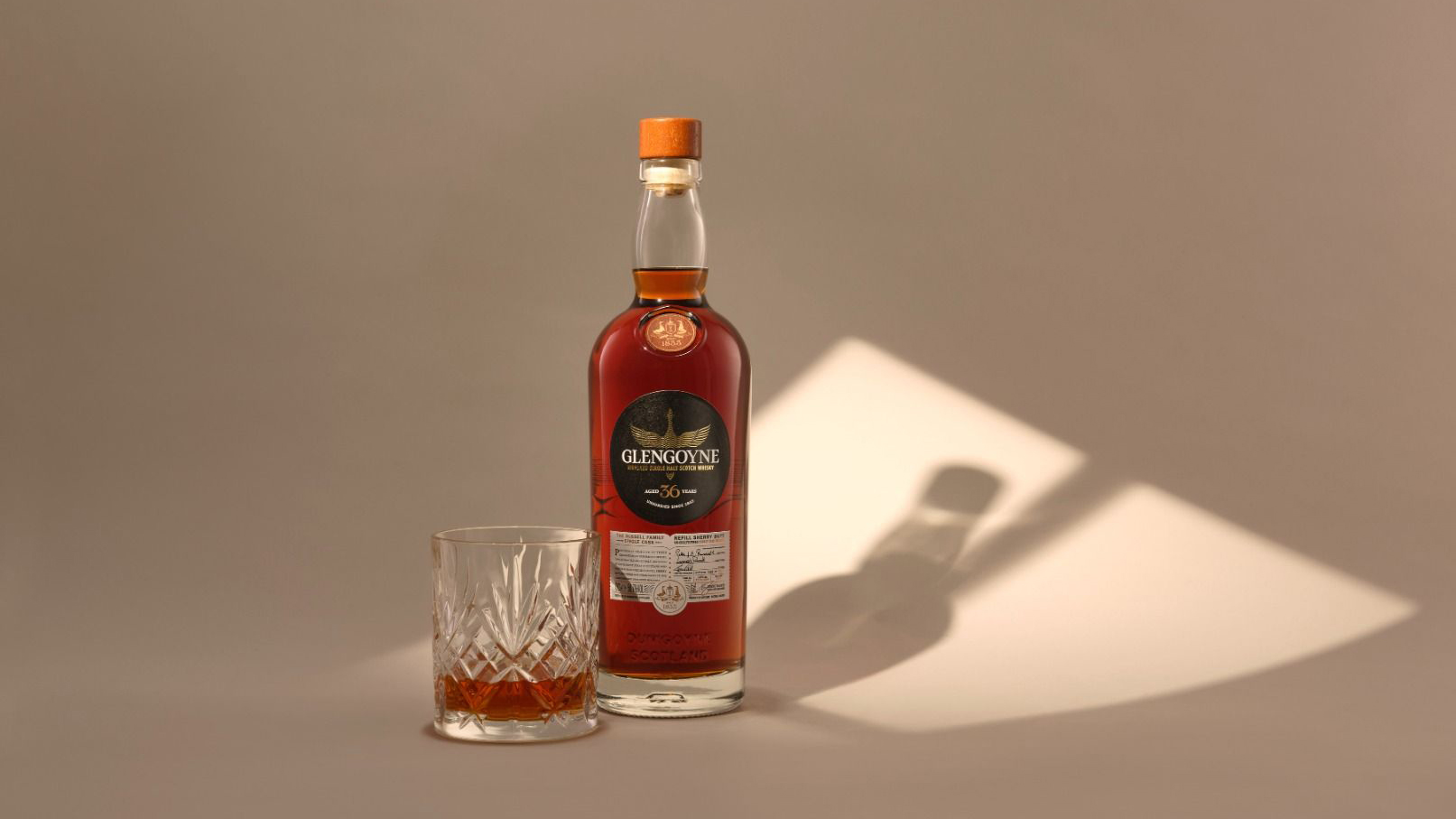 Glengoyne has announced the launch of the Russell Family Single Cask. The extremely rare 36-year-old single cask Scotch was hand selected by three generations of the Russell family, Peter, Leonard and Tom Russell, who, after sampling cask 1549, unanimously decided to release the whisky on its own.

Matured in a hand-selected refill sherry butt for 36 years, this is the first time the Russell’s have chosen to bottle a single cask to celebrate working together in the business. It is described as “decadent and rewarding with a long finish showing the cask and spirit in harmony.”

On the nose, the whisky offers light strawberry and lime sherbet, gentle mint, lemon meringue pie, stewed apples, coconut, sweet cinnamon and leather. The palate is silky, rich and creamy with a charming dustiness and flavors of tropical fruits, dried banana chips and chocolate cherry. The finish is rich, gently sherried and spicy.

Bottled at 50.7% ABV, just 402 bottles of Glengoyne Russell Family Cask will be available and are priced at £3,500 ($4,810 USD). They are available to purchase from the brand’s official website and distillery shop as well as specialist retailers in the UK, Australia, Germany, Netherlands, Taiwan, and China.

In July at the Scottish Open, Aussie golfer Wade Ormsby knocked down a hole-in-one on the 12th and earned himself a staggering 204 bottles of Glengoyne Highland Single Malt Scotch whisky in the process.

Last November, Glengoyne unveiled a 50 Year Old Whisky. The single malt is the oldest Scotch to be released by the Highland distillery. “When we first filled hand-selected oak casks with our sweet, fruity, new make spirit back in the late 1960s, The Beatles were only just breaking up, Richard Nixon was US president, and Sesame Street debuted on television,” said Robbie Hughes, master distiller at Glengoyne, at the time of release. “A lot has changed while we’ve been waiting patiently for this unique release.