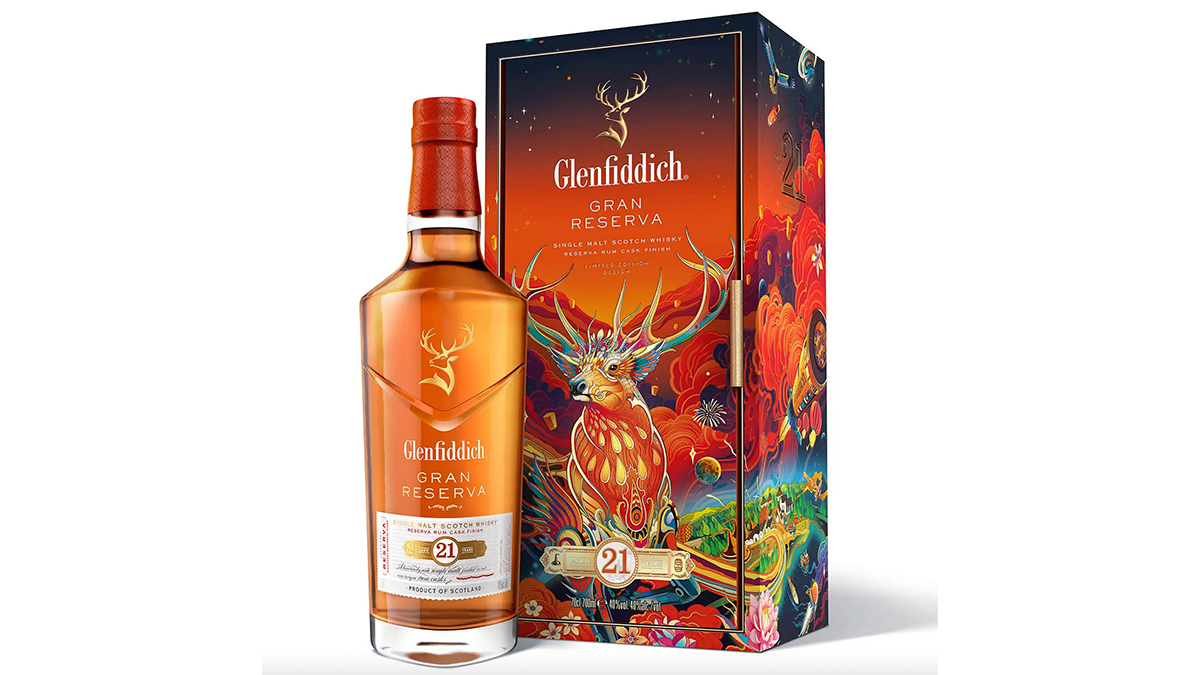 Glenfiddich has unveiled the final release in its limited-edition trilogy of Chinese New Year gift packs, Glenfiddich Gran Reserva Lunar New Year. Designed by illustrator Rion Wang, the gift packs have been designed to tell the story of the journey of Speyside Scotch whisky around the world.

On the nose, the Scotch offers aromas of oaky vanilla, floral banana, toffee, and leather. The palate delivers notes of ginger, baking spices, peppery oak, vibrant lime, and just a hint of smoke that linger in the finish.

Following depictions of the journey and the triumphant return described by the first two packs, this final pack – the Glenfiddich Gran Reserva Lunar New Year – imagines the reflections and ruminations we undertake after returning from any eye-opening adventure.

The pack artwork features a stag as its centrepiece, an animal said to embody sentiments of wealth, prosperity, and longevity–and also the symbol of Glenfiddich. This is surrounded by a star-studded skyscape complete with with lanterns, lotus flowers, a soaring phoenix, and a traditional Chinese lion.

The Glenfiddich Gran Reserva Lunar New Year gift pack is priced at £150 and is available to purchase from Clink, Selfridges, Harrods, The Whisky Shop, Speciality Drinks, and Master of Malt.

For more information, head over to Glenfiddich’s official website.

In November, Glenfiddich launched a 26 Year Old whisky to mark COP26 and support climate action. The limited edition single malt was created in partnership with Stop Climate Chaos Scotland to commemorate the summit that has been taking place in Glasgow.