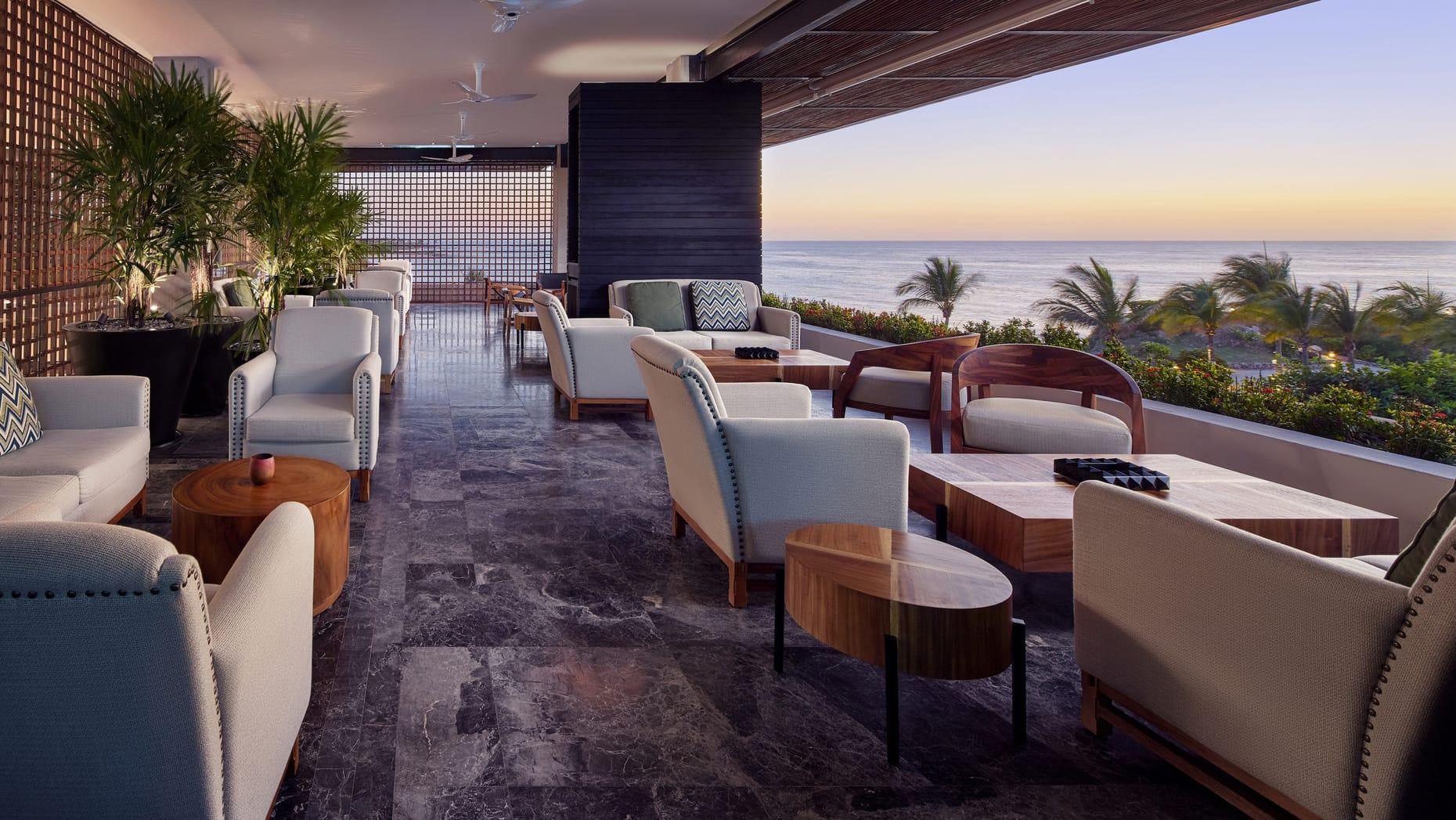 MEZ, a new bar at Four Seasons Resort Punta Mita, has opened to celebrate tequila’s seductive brother mezcal, through innovative, irreverent, and fun cocktails and traditional mezcalerías-inspired food. The new bar is set to be the place to see and be seen in the Riviera Nayarit with ground-breaking mixologists and never-before-seen cocktail interpretations that feature more than 70 varieties of mezcal.

MEZ celebrates more than 70 versions of mezcal and agave spirits from all around Mexico, offering an unforgettable journey of discovery trough the diverse agave varieties. Flavor profiles vary from aromatics and herbals to earthy and bold with the spectacular craftsmanship of Maestros Mezcaleros turning them into mezcal. Classic cocktails have been mixed up with the MEZtini featuring Alipus mezcal; the MEZ-fashioned, paired with Delirio Añejo; and a MEZloma, surprisingly sweet and smoky, featuring Danzantes Blanco mezcal.

In addition to twisting the classics, new drinks including The Cathedral showcase mezcal capabilities. The inventive and off-beat pairings were designed by celebrated mixologist Luis Aréchiga, stating, “The unique and diverse flavours of mezcal inspire me to create drinks and explore flavours. I like all the possibilities mezcal presents – and once I know what my client prefers, I can easily create a cocktail he will enjoy again and again.”

This same variety in flavor profiles partners well with food – MEZbites get in on the mezcal action with a selection and also reinvention of some of the best dishes served at traditional Mexican mezcalerías, such as grilled mezcal street corn, slow cooked mezcal pork ribs, tacos and tlayudas.

As part of this celebration around mezcal, a line of bespoke mezcal, Los Mitos (The Myths) will be featured, with a new batch created every Day of the Dead exclusively for MEZ. Each batch is distilled using herbs and fruits from different regions in Mexico and is denoted by differing names and a unique metallic label. Ask the mixologist for a sample of Chaneques (pink label) featuring locally sourced herbs from San Dionisio Ocotepec, Oaxaca. The current batch, Venado Azul (blue deer) features nanche, a bittersweet citric-like berry from Nayarit.

To round the complete beverage experience, MEZ offers a carefully curated selection of Mexican spirits, from acclaimed tequila to craft rum, gin, whisky, and liquors from every corner in Mexico. The wines of Mexico are also celebrated as well as wine with a Mexican soul produced by talented Mexicans in different parts of the world. Of course, not-to-be-missed craft beer brewed along the Pacific coastline is also featured.

John O’Sullivan, Regional Vice President and General Manager says, “I am continually amazed at the innovation and reinvention that happens at Four Seasons Punta Mita.  MEZ takes the whole bar experience to the next level where guests are invited to a journey of discovery and immersion in the world of Mexican spirits: a complete journey for the senses.”

For more information or to make a reservation, head over to Four Seasons Resort Punta Mita’s official website.