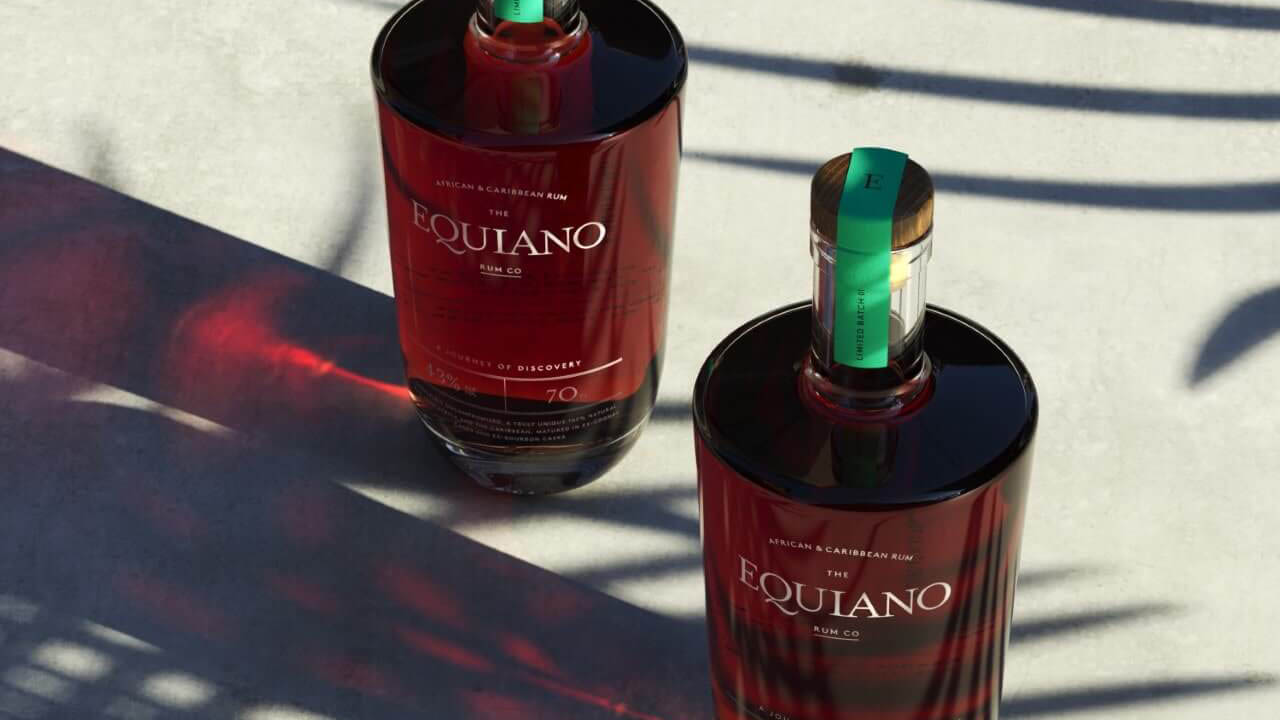 Introducing Equiano Rum, the first premium aged Rum from Africa and the Caribbean. The award-winning spirit blends two cultures, two distilleries, and two islands and is now available in the United States for this first time.

Aged in ex-Cognac and ex-Bourbon casks, the limited edition blend comes from a mix of Rums made at Gray’s distillery in Mauritius and Fourquare in Barbados. It is a 100% natural Rum with  no spices, no colorants, no additives, and no added sugar.

“Premium Rum is on the rise, and more importantly the consumer that wants quality is demanding clarity, authenticity and intrinsic value in their rum,” said Ian Burrell, Global Rum Ambassador and Co-Creator of Equiano. “Equiano is a new style of rum. One that combines two rum cultures. African and the Caribbean. An unadulterated rum that is best appreciated the way that YOU like to drink your spirits. Neat, on the rocks, with your favorite mixer or in a cocktail, this is a rum that you’ll discover, enjoy and then share.”

On the nose, Equiano delivers tropical warmth alongside notes of dried fruits, toffee, butterscotch, and caramel. The palate features natural sweetness that comes from the barrels in which it was aged. The finish is medium sweet with touches of oak, anise, sweet pepper, and a hint of bitter orange peel.

“Equiano is a first for a centuries-old craft, we have created an entirely unique blend through a collaboration between two rum distilleries on two different continents,” said Seale.

Named after the Nigerian-born writer, entrepreneur, abolitionist and freedom fighter Olaudah Equiano, the natural dark rum follows the extraordinary and monumental journey of Olaudah himself – starting its life in Africa, travelling to the Caribbean, and landing in the UK. Equiano’s journey, through Transatlantic Trade, took the same direction, culminating in him buying his liberation with savings he’d made through selling rum. Eventually settling in London, Equiano was one of the first African writers to have his work published by a major publisher. His powerful memoirs went on to impact the freedom of people all over the world, freedom that many of us enjoy, but that many are still fighting for, making his story as relevant to global conversation today as it was in the 1700’s.

Equiano Rum takes great pride in his name adorning their bottle and as an industry first, will be giving 5% of global company profits to ground level freedom and equality projects annually. In fact, $2 of every bottle sold through the brand’s official website will go directly into the Equiano Foundation who announce their chosen charity later this year.

Equiano starts its journey at Gray’s distillery in Mauritius, where the Rum is made from local molasses and barreled for a minimum of 10 years in a combination of French Limousin Oak and ex-Cognac casks. It is then sent to Barbados to be married and vatted with rum from Foursquare Distillery, which has been barreled in ex-Bourbon American oak casks. The carefully crafted liquid marries the two distinct components from each ‘terroir’ to make a one-of-a-kind naturally flavored rum.

Equiano can be purchased for $59.99 at the brand’s official website.