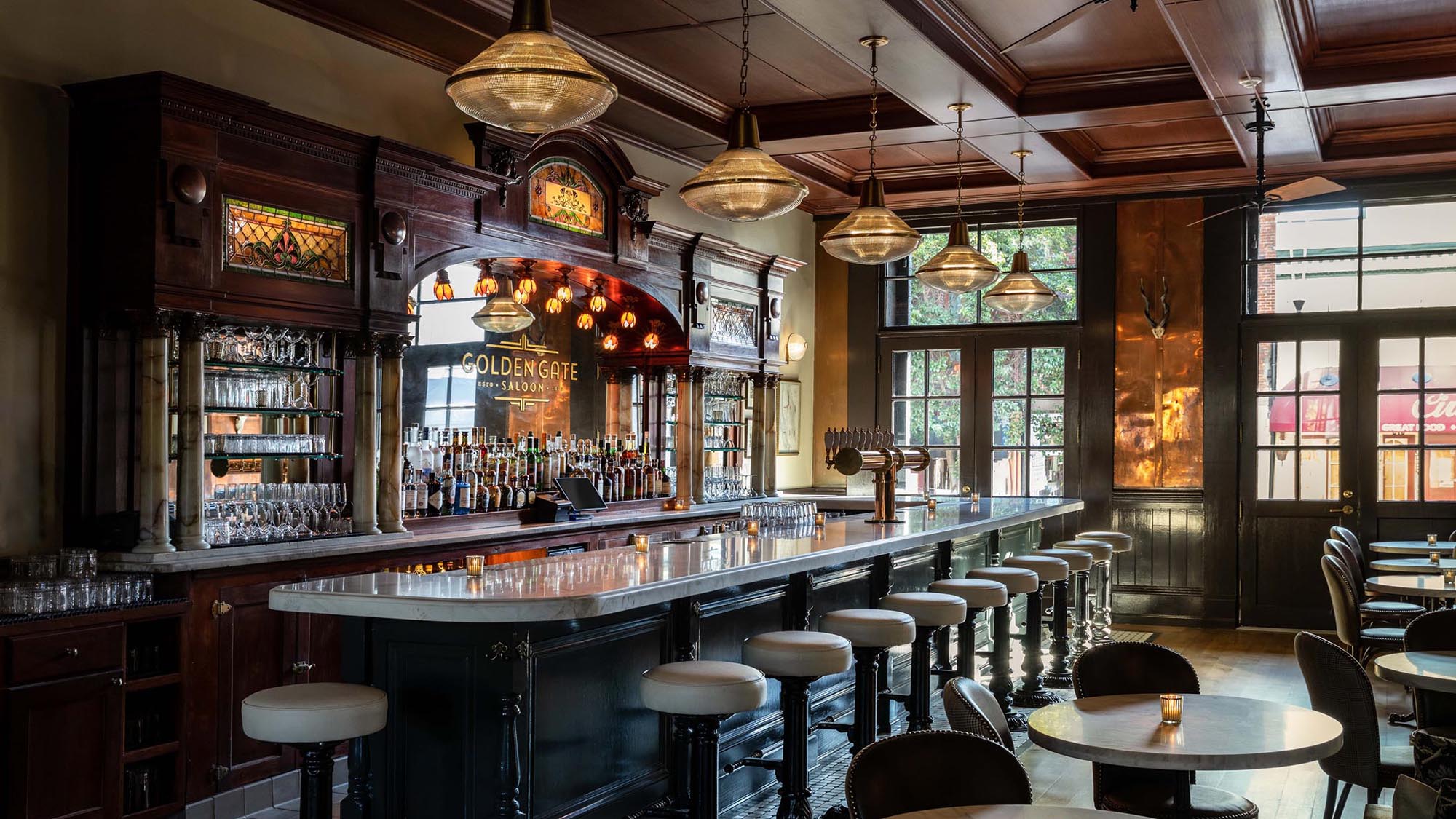 If you’re into American history and even more so the California gold rush, then get yourself over to the Holbrooke Hotel in Grass Valley, CA. There you’ll have the opportunity to drink at the Golden Gate Saloon, which was built at the height of the rush in 1852.

The Holbrooke Hotel reopened last January, and manages to balance the spirit of its frontier era with refined modern touches. “Design decisions mix classic and modern touches with vintage furniture and fixtures, set against the building’s raw structural elements of brick, wood and stone,” saus the hotel. “Local architects, designers and craftspeople have preserved the charm and history of this treasured property while revitalizing it into the modern day.”

Built in 1852 by Stephen and Clara Smith, the site’s original building was the Golden Gate Saloon. A year later, the single-story Exchange Hotel was added behind the saloon. A fire in 1855 destroyed the popular drinkery and hotel, along with most of Grass Valley, but was quickly rebuilt. Yet the Exchange Hotel was caught in another blaze in 1862, after which it was renovated into the two-story structure there today.

In 1879 the hotel was purchased by Ellen and Daniel Holbrooke and was given its current name. The Holbrooke Hotel was declared a California State Landmark in1974.

Anne L’Esperance Design is responsible for the saloon’s stunning bar, which features Victorian lampshades and mahogany mirrors. The rest of the interior comes from Doug Washington Design and, to no one’s surprise, features mounted animal heads.

The Golden Gate Saloon and Holbrooke Hotel are located about an hour north of Sacramento. For more information or to make a reservation, head over to the official website.