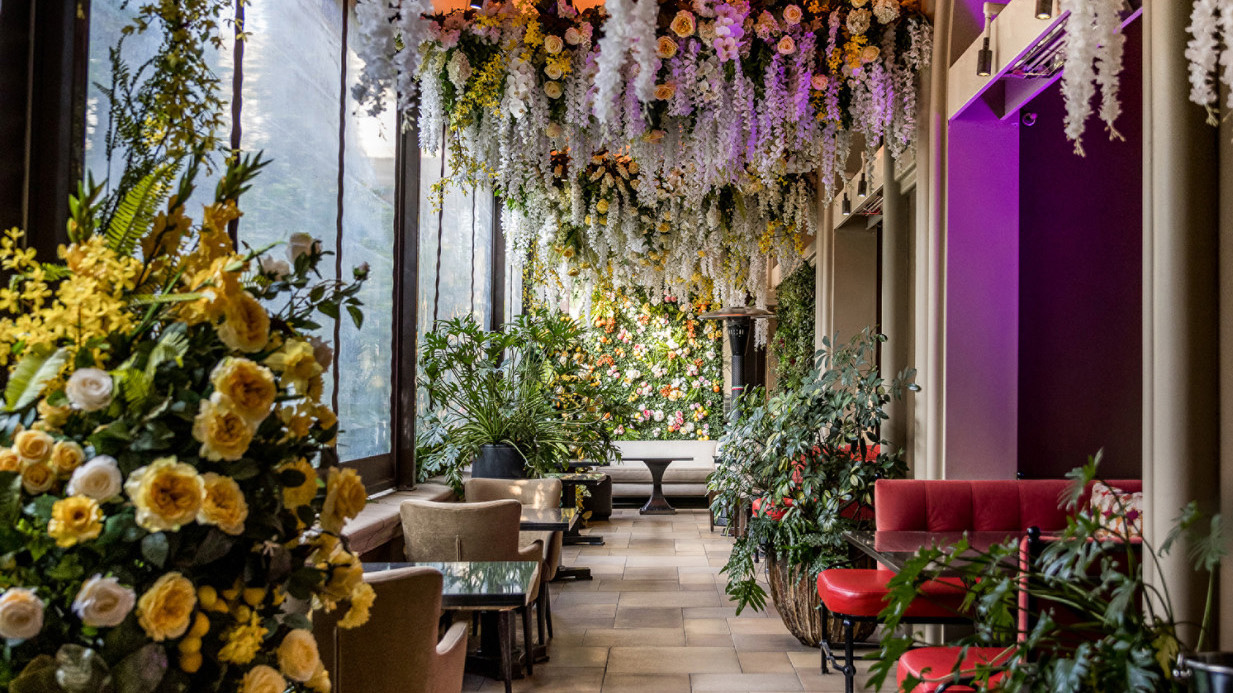 Four Seasons Hotel Los Angeles at Beverly Hills has unveiled its new Pop-Up Cocktail Lounge. To create the space, the lobby level indoor and outdoor space have been transformed into a botanical garden with floral installations by Poppy Lavender, floral-inspired cocktails by Ketel One and Ketel One Botanicals, and fresh menu items from Executive Chef Mitch Austin.

“With immersive floral installations and expertly curated cocktails and small bites to match, the new Pop Up Cocktail Lounge will transport guests to a fresh botanical garden without ever needing to leave the city of Los Angeles,” says Michael Newcombe, General Manager at Four Seasons Hotel Los Angeles at Beverly Hills.

The Pop-Up Cocktail Lounge will be open weekly, Thursday throughSunday from 5 pm to 1 am and will be located on the lobby level of Four Seasons Hotel Los Angeles at Beverly Hills.

For more information or to make a reservation, head over to the hotel’s official website.

Elsewhere in Beverly Hills, The Cigar and Whiskey Bar has opened at The Maybourne Beverly Hills. It’s one of the area’s go-to spots for a luxurious after-dinner drink. The new bar operates in the space previously run by the Ten Pound bar, located above Terrace at Maybourne (formerly Scarpetta, Georgie).

If you find yourself on the other side of town, Only the Wild Ones, a chic natural wine bar, has opened its doors on Abbot Kinney Boulevard in Los Angeles’ trendy Venice neighborhood.