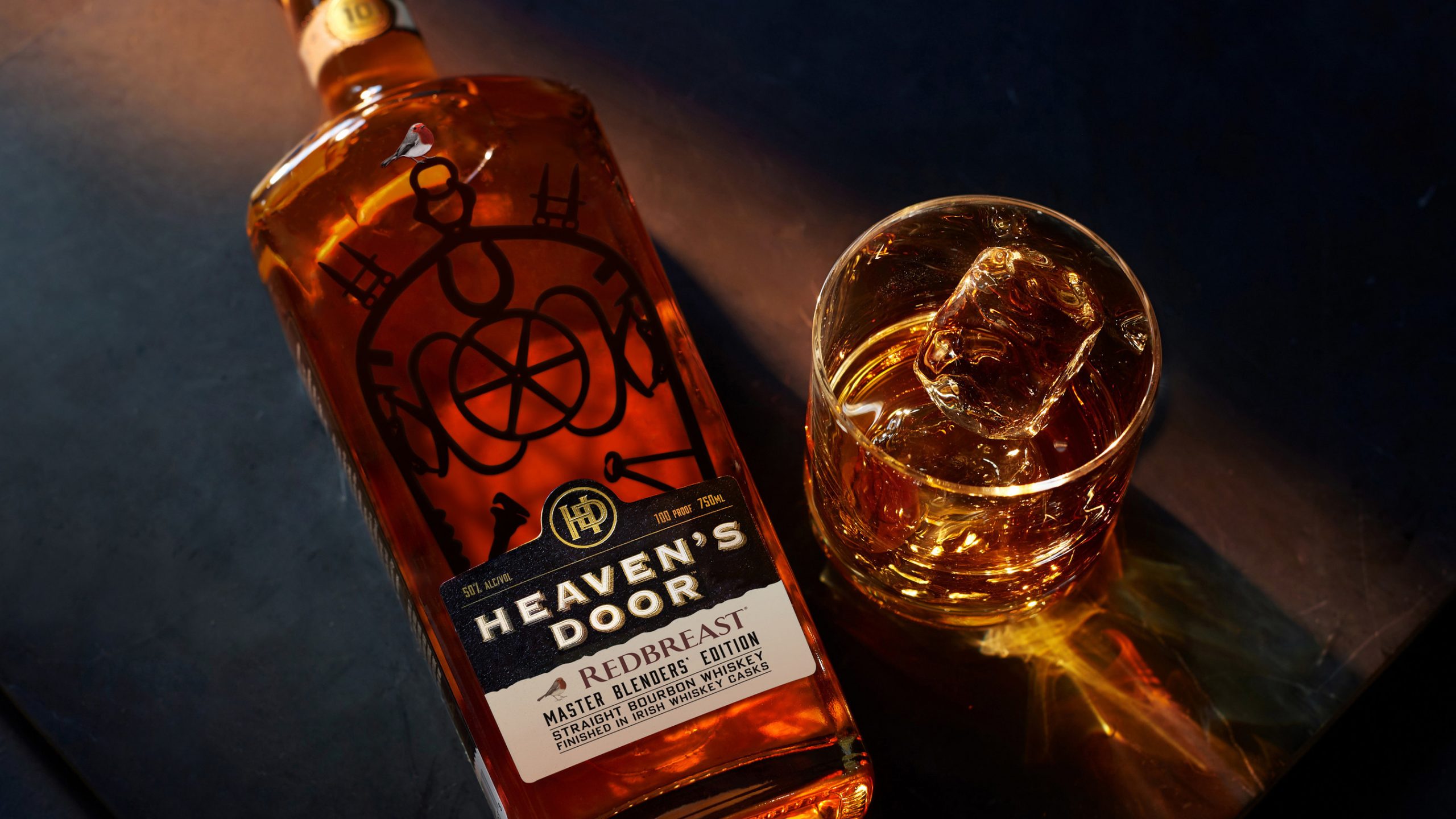 Bob Dylan’s Heaven’s Door Whiskey and Redbreast Irish Whiskey have announced the release of a limited-edition 10-Year Aged Bourbon finished in Redbreast casks, dubbed The Master Blenders’ Edition. This first ever collaboration for both brands was created in tandem by Master Blenders, Ryan Perry of Heaven’s Door and Billy Leighton of Redbreast Irish Whiskey. The new offering marries the best of American and Irish whiskey, The Master Blenders’ Edition has already been awarded a Double Gold medal in a blind tasting at the 2021 San Francisco World Spirits Competition.

A collaboration more than two years in the making, Perry and Leighton worked together on a multitude of blends and barrel finishes to arrive at their final whiskey profile. As a lover of Irish Whiskey and of Redbreast in particular, Heaven’s Door Founder, Bob Dylan, worked closely with the Master Blenders and sampled over a dozen blends before settling on the final selection. “Mr. Dylan is a perfectionist and knows his whiskey,” said Billy Leighton. “His engagement and enthusiasm for this collaboration made this project even more special.”

Bottled at 50% ABV, The Master Blenders’ Edition features Heaven’s Door 10-year aged Straight Bourbon finished in Redbreast’s signature Single Pot Still Casks for 15 months, extracting flavor from single pot Irish whiskey and formerly Spanish sherry. The end result is a whiskey that delivers prominent notes of nuts, spice and leather, as well as the influence of sherry, citrus, dark fruit, and a subtle sweetness of Yellow Man from the Redbreast casks. It is best enjoyed neat or on the rocks or with a splash of water.

“We’re honored to have had the opportunity to work with Billy and the rest of the Redbreast team to bring The Master Blenders’ Edition to life,” said Ryan Perry. “Heaven’s Door was founded around the spirit of collaboration, and this was a dream partnership for our brand. I can honestly say that the final flavor profile blew us away.”

“The Master Blenders’ Edition allows both the American and Irish Whiskey distilling traditions to shine through,” said Billy Leighton, Redbreast Irish Whiskey’s Master Blender. “We think fans of Redbreast, Heaven’s Door, and whiskey enthusiasts everywhere will be delighted with what they taste with this product.”

Available in very limited quantities on ReserveBar.com and at select retailers, The Master Blenders’ Edition is being released in the U.S. just in time for Father’s Day. It will also be available in limited quantities in September in the UK and Ireland. It is priced at $99.99 per 750ml bottle and a single limited bottling.