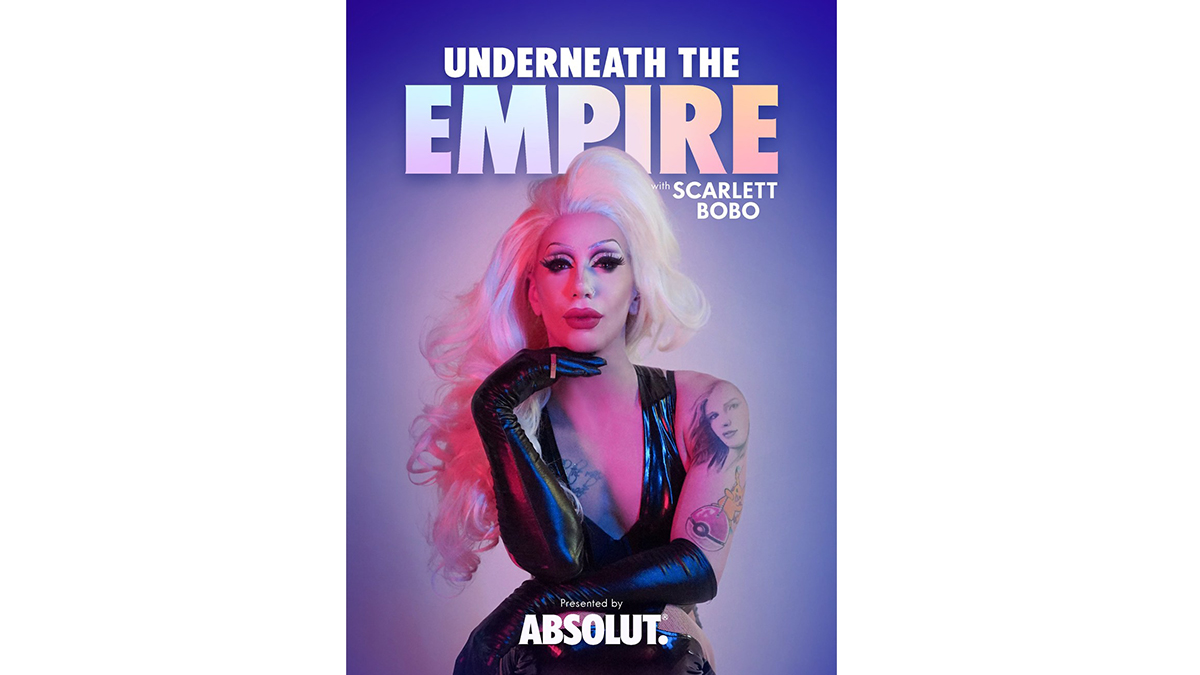 Drag Superstar Scarlett Bobo is set to return to the screen with her documentary “Underneath the Empire,” which was produced by Absolut Vodka in collaboration with the Absolut Empire’s Ball competition.

“Underneath the Empire” gives a behind-the-curtain tour of Toronto’s drag scene, showing thow the Absolut Empire’s Ball, Toronto’s most inclusive drag competition, came to be and why it is needed in the community. It “is a story of the resilience that went into creating a more inclusive and accepting environment, where all types of drag artists are welcomed, in a community that is often stigmatized and marginalized,” explains a press release. The documentary was filmed during the competition in 2019 by GroupSJR, and received its theatrical debut at TIFF Bell Lightbox in December of that year.

“This story needed to be told because there are so many, unique, artistic facets of drag that are wonderful in their own way, and I wanted to showcase that and bring light to everyone that breathes life into drag,” says Scarlett Bobo. “I’m honoured that we were able to tell so many incredible stories through these beautiful entertainers in the documentary.”

Absolut Vodka has been a firm supporter and key driving force behind the documentary. “Since Absolut became the first spirit brand to publicly support the LGBTQ community 40 years ago, we’ve built a legacy of celebrating diversity, acceptance and equality,” says Aoife O’Reilly, Senior Brand Manager, Absolut Vodka. “Today we are proud to stand with, and support, the people that are actively pushing for inclusivity in all facets of our community. This documentary is a true reflection of what that means, a grassroots effort to champion and fight for true inclusivity. Through celebrating the triumphs and overcoming challenges, Underneath the Empire is an ode to the resilient and beautiful community it depicts and is a project we are incredibly proud to have been a part of.”

“Underneath the Empire” will premiere in Canada on April 15, 2021, at 8:30 pm ET/PT on OUTtv, and with streaming on OUTtvGo.com, the OUTtv Amazon Prime Channel, and OUTtv Apple TV Channel from April 14, 2021.