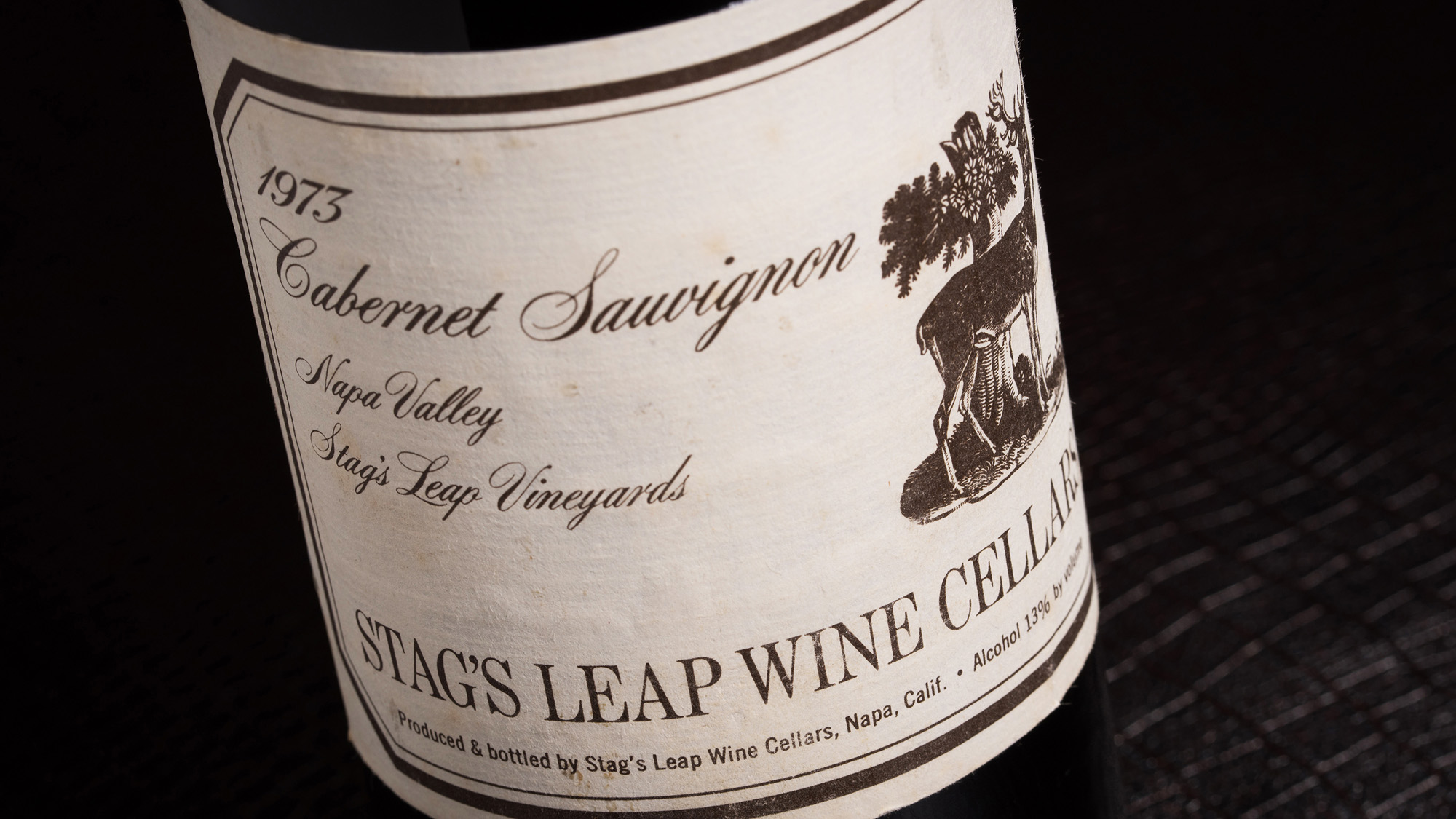 A piece of wine history has just been sold at auction for a record price. The bottle in question was a 1973 Stag’s Leap Cabernet, which won the 1976 Judgment of Paris and put California wine on the map.

At the the famed Judgement, the Stag’s Leap Wine Cellars 1973 S.L.V. Cabernet Sauvignon was selected by a group of French wine judges as the best red during a blind tasting of both American and French wines organized by British wine expert Steven Spurrier. A 1973 Chateau Montelena from Napa Valley topped the white wine category.

The 1973 Stag’s Leap Cab was sold for $12,300 — the most ever for the vintage, and three times the previous high price — at Heritage Auctions’ Wine Signature Auction held in Beverly Hills on March 10 and 11.

It’s not clear how many unopened bottles are still out there, however, Stag’s Leap Wine Cellars, which provided the bottle for this auction, apparently only has a “handful” remaining.

“Each vintage, we set aside a small amount of our production to age and enjoy over time,” Marcus Notaro, winemaker for Stag’s Leap Wine Cellars. “This auction was the first time said we’ve opened up our library at this level, and we are thankful to all the collectors and bidders who turned out and showed the pent-up demand for our high quality and age-worthy wines.”

Frank Martell, senior director of fine and rare wines at Heritage Auctions, stated, “With this auction, the two most expensive Cabernet-based wines produced in the last 61 years are wines from California, not France, including the first vintage of Screaming Eagle that sold at Heritage Auctions last September for $14,760. And, most important, with this auction we have single-handedly affirmed the Judgment of Paris — again.”

For more information, head over to Heritage Auctions’ official website.