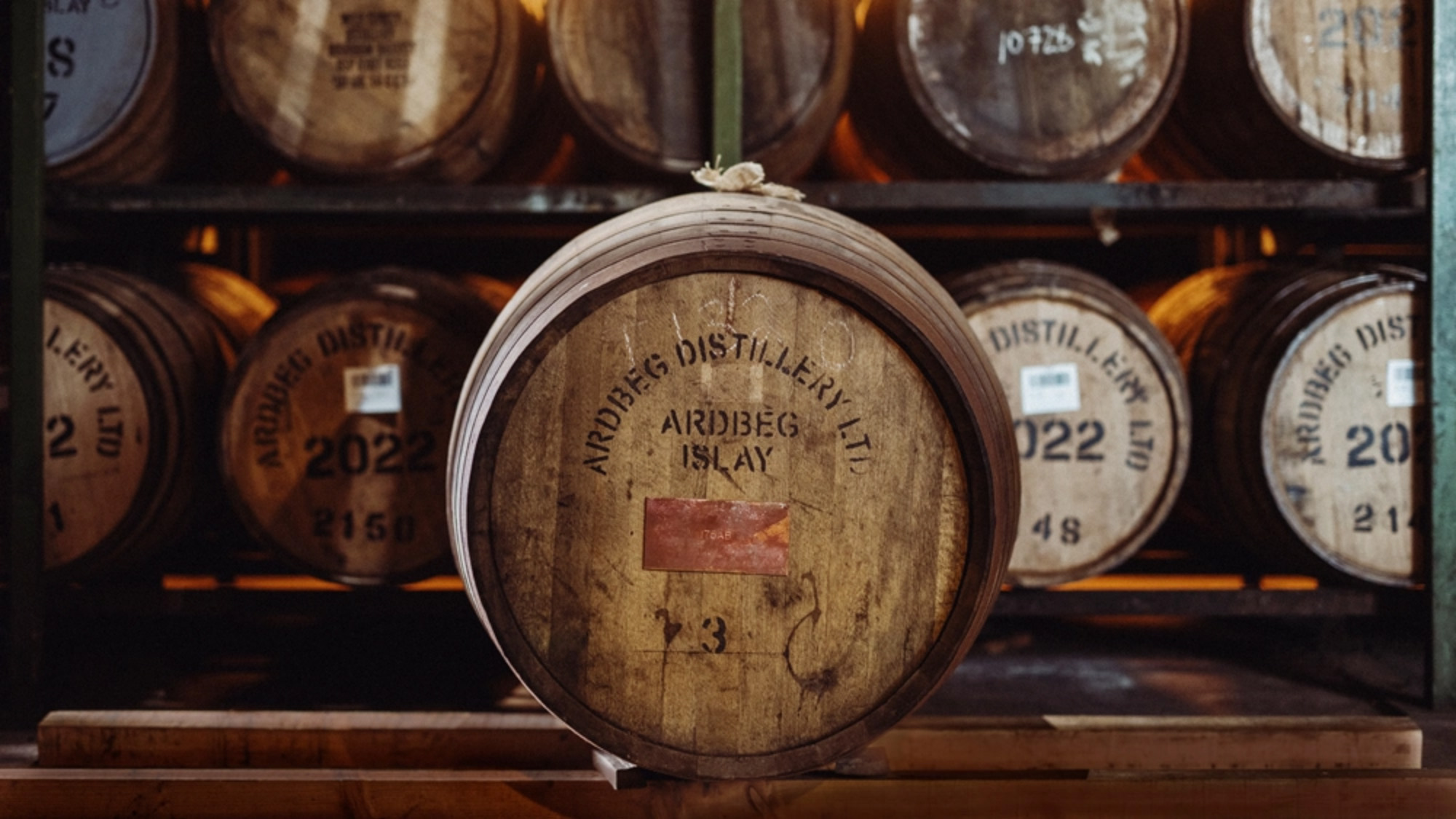 A rare cask of 1975 Ardbeg has sold for $19 Million, setting the record sale price for a cask of single malt whisky. It is also the oldest Scotch ever released by the distillery.

Known as Cask No. 3, the 1975 Ardbeg vessel contains liquid distilled on Tuesday, November 25, 1975. The new make spirit was filled into two separate casks, a Bourbon barrel and an oloroso Sherry cask, and left to mature for more than 38 years.

“Cask No. 3 is an extraordinary taste of Ardbeg’s past,” commented Lumsden. “Its aromas are nutty, herbal and smoky, while its tastes of tar, espresso coffee and spearmint have an astonishing finesse for a whisky of such age. So little stock survives from this era, that this cask really is one of a kind. And its complex flavours are testament to the extraordinary skill of the Ardbeg team who have cared for it over the decades. I look forward to exploring how it continues to evolve over the next five years.”

Ardbeg is donating £1 million ($1.2m USD) from the sale to causes on Islay. The money will be donated throughout the five-year bottling period.

“This sale is a source of pride for everyone in the Ardbeg community who has made our journey possible,” said CEOThomas Moradpour. “Just 25 years ago, Ardbeg was on the brink of extinction, but today it is one of the most sought-after whiskies in the world.

“That is a reflection of generations of hard work: from those in the still house who craft our smoky spirit, to the warehouse staff who care for our casks over decades, to teams around the world who build the reputation of our whiskies with fans, bartenders and collectors.

“While such a rare whisky is out of reach for all but one of our fans, we put the same passion and care into every bottle of Ardbeg as went into this exclusive single malt in 1975 – from flagship Ardbeg 10 Years Old, to limited edition releases.

“Today, our new still house is working at full capacity to make more Ardbeg available than ever, and whisky creator Dr Bill Lumsden is busy imagining many more surprising smoky releases for Ardbeg fans. Because when a business like Ardbeg gets rewarded for 50 years of patience, it gives us the confidence to keep investing in the future of our distillery, and in our island community. The journey continues.”

For more information, head over to Ardbeg’s official website.

In April, Ardbeg unveiled its first single malt whisky NFT, Ardbeg Fon Fhòid. The new Scotch from the Islay-based distillery was buried in a peat bog for nearly three years.